I Think We All Know Why Obama Flubs Geography 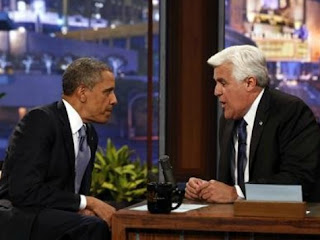 I was reading about Sun News * fighting for status as a legitimate "news" channel.  In one of the comments, claiming that the liberal news was also biased, an example was given where the liberal news covered up for Obama's latest gaffe.

Apparently, on the Tonight Show with Jay Leno, Obama had said that various Atlantic seaports were on the Gulf of Mexico.  Is it possible that Obama has so little knowledge of US geography?  After all, I watched the show, and I did not notice any gaffe of that type.  But according to right wing sources, (Michelle Malkin) this gaffe was as big as the famous one where Republican Vice President Dan Quail said potato was spelled potatoe.
Let's compare the two gaffes.

According to newsbusters (a right wing blog), Obama said "If we don't deepen our ports all along the Gulf — places like Charleston, South Carolina, or Savannah, Georgia, or Jacksonville, Florida — if we don't do that, those ships are going to go someplace else. And we’ll lose jobs."

A link to a video on Jay Leno's show
http://www.youtube.com/watch?v=nG52r79LtiI

"The only conceivable way to interpret what Obama actually said is that the ports of Charleston, Savannah, and Jacksonville are "along the Gulf" of Mexico. Of course, these ports are really on the Atlantic Ocean."


This text was not given in writing, it was in a live interview.  I heard a comma, I guess some nitpicker heard dashes, or some might have heard parentheses.  I already knew where these ports were, so it seems I was biased into hearing the commas.

In the video of Dan Quail, a student is spelling potato on the blackboard.  Dan Quail jumps in and tells the student he is wrong, and he needs to add an "E" to the end of the word.

One is actually the definition of an embarassing gaffe, the other is a deliberate misunderstanding by a hostile  commentator.  Apparently right wing "news" organizations like Fox and Sun News do not see the difference.  That's why I do not consider them to be genuine news.  They are too biased.  That is "the only conceivable way to interpret" their ignorant arguments.

Next time, Obama should have two versions of the statement, one for liberals who know geography, and the other one for right wingers who need a map and some red arrows pointing to all the ports.

* Sun News is a Canadian TV "news" station that is similar to the U.S. Fox "News".  And for those who don't know what Fox News is, it is a network news channel that claims to be "Fair and Balanced" but also claims to be the voice of the right wing conservatives and Republicans, counteracting what they call the left wing liberal bias of the mainstream press.  Sun News and right wing backers have so far been blocked in Canada in two attempts. One, to eliminate the restrictions on false and misleading  information in the news.  And second to force Sun News onto all basic cable channels free of charge, claiming status as an independent genuine news organization.
Copyright the Lost Motorcyclist