How We Would Have Been Better Off Without Slavery 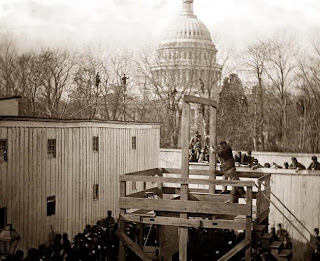 But the effects of the slave trade across the Atlantic to America will continue to be felt long after this year, both in America and in Africa, and to some extent all over the world.

The Lost Motorcyclist has already seen a southern American on TV denying that the civil war was about slavery. Apparently, their argument goes, that very few Southerners actually owned slaves, therefore the war was not about slavery. So, what was it about? "Defending our country from invasion".

It saddens me to think that some people believe this, and worse yet that TV stations will run it on news programs.

Of course the civil war was about slavery, and it was not just the slave owners who were guilty. The vast majority of the white people in the south supported racist slavery. They had jobs supervising slaves, chasing after runaway slaves. And they voluntarily committed racial atrocities for no pay at all. For example, if any union soldiers surrendered, the black soldiers were killed, while the white soldiers were kept for later prisoner exchange. It could even be that some of the slave owners could have been kinder than many of the general southern population.

Slavery does not corrupt only the slave owners. It corrupts the people who benefit materially from slavery, it corrupts people who believe that slavery is just, it corrupts religion that uses the Bible to argue for slavery. And along with corrupt religion and unjust laws, the morals of an entire people become corrupt.

Even today, you can look at the morality and cultural values of the old slave states, and see that it is lower than the morality of places that did not rely too heavily on slavery. To see the lingering effects of slavery, one needs to look at the current culture of the southern USA, starting with their descent into primitive superstitious religion, in this case the religion is masquerading as born-again Christianity. Look at their distrust of science and education, their destructive attitude toward the environment, toward war, toward anyone but white people, toward guns. Look at their love of money and consumerism. Their hatred of other countries (including large parts of the rest of the USA). But they do love Israel, I suspect it is because Israel is the last modern officially racist state. Finally, their firm belief that they are the only real Americans and everyone else should get out.

Yes, I'm talking about the modern right wing fundamentalist, Republican voting conservatives. These warped ideas fuelled by Nazi style propaganda and lies do not spring naturally from a free civilized society. They are born of fear and terror. Fear of the terror they unleashed with the institution of slavery. Fear of what may become of them. Sadness at how they have ruined their country by importing slaves, but at the same time anger that they needed to have their asses kicked before they were forced to give up slavery forever.

But just the way slavery has corrupted American society, it has also had devastating effects on Africa. Although the Africans have been able to make up for the loss of population by birth rates, the African culture has also been perverted. We really do not know much about African history, or what actually went on there during the slave trade. We imagine that it was simply a matter of white people getting off a boat and chasing black people, and bringing them back to the boat in chains. It was not that simple.

The Europeans needed to first destroy African society in order to make the slave trade work on the large scale they needed. On the very simplest level, ancient Africa was made up of many tribes and social groupings. The Europeans devised a scheme of franchising certain tribes as their slave trade partners. The selected tribes were provided with guns. The tribes that were not selected were not allowed to have guns. That is all you need in your basic recipe for destroying a civilization, and destroying it for generations to come. It was so thoroughly destroyed, that even today, many Americans believe that there is something basically flawed about black people.

So we have a very sad situation for the USA, which might have been a better country without slavery and the civil war. More freedom, less violence, better relations with other countries, and better treatment of the native Americans. I'm not saying it would be perfect, just better than it turned out to be.

And the same could have been true for Africa without the slave trade. More democracy, more education, less corruption, more sustainable jobs. Again, I'm not saying it would be just like Europe (and I am also not saying our modern civilization is necessarily the best model), but much better than it has turned out, especially in places like Sierra Leone, Ivory Coast, and Congo.

For a quick look at how slavery affected Africa:

Picture: Gallows built for war criminals after the US civil war. There were only two war criminals executed, must have been a very civil war compared to most. Anyway the alleged war crime was for the death by starvation of thousands of Union prisoners at Andersonville prison camp, which came about after the prisoner exchanges were halted, which came about because the south refused to treat black and white Union soldiers the same. Namely, the southern policy of killing the black prisoners of war, a war crime which came about because of slavery.