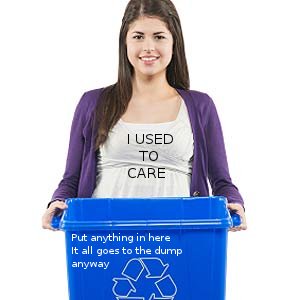 Margaret Wente, a columnist for the Globe and Mail, wrote a piece for the Canadian Version of Reader's Digest titled "Seven Things You Can't Say in Canada".  To provide a bit of background, I consider the Reader's Digest to be an American propaganda voice, and the Canadian Edition to be a thinly disguised American propaganda outlet, forced to run "Canadian Content" similar to Time Magazine.  Margaret Wente moved to Canada in 1964 and became a Canadian citizen.

There may be things you can't say in Canada, but in my opinion, these are not them.


That brings us to the end of the seven things Margaret Wente thinks you can't say in Canada.

Now what about some of these that I came up with, that I didn't see on her list, but I think would be acceptable answers to the question "What things can't you say in Canada?"

1. Torture is a good way to extract confessions from criminals and terrorists.

2. Sometimes the law does not work, so lynchings are necessary.

3. Jesus is our only hope for salvation, and Pat Robertson is His one true prophet.

4. There was no holocaust.

5. Canada is the greatest force for good in the world.

Saying any of those 5 things in Canada would get you more of an argument than saying Margaret Atwood's books stink.

Picture: From Readers Digest, but I added the ironic wording on the box and on the shirt. Yes, ironic.