What I Didn't Know About Being Canadian 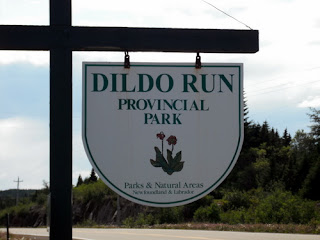 Readers Digest put out an article "13 Things You Didn't Know About Being Canadian" (or should I say aboot?)  Anyway, I took this as a challenge, because as a Canadian, I guess I should know almost as much about Canada as I do about the USA.


1. Our Parliament Has a Sanctuary for Stray Cats

At first I read this as "Our parliament is a sanctuary for stray cats", which would explain why the conservative Members of Parliament are so fat.  But seriously, I saw that sanctuary a few years back when I visited Ottawa and wandered around the parliament buildings and talked to one of the unpaid volunteers who was feeding the cats. If this was coming out of the taxpayers pockets, though, you can bet all Canadians would know about it.

2. One of Our Prime Ministers Used a Crystal Ball

That would be William Lyon MacKenzie King, a native of the city where I live, Kitchener, Ontario.  I knew this, I think its taught in history class.  It was taught in my classes anyway.  Funny coincidence, the previous town I lived (Baie Comeau, QC) in was also a home to a Prime Minister, also had a middle name of "Lyon"

3. We Launched a Secret Project To Build an Aircraft Carrier Made From Ice

OK I did not know that.  My excuse is that it was a secret, and it never was built.  But it makes sense.  It would never rust, and we have the know-how to build that Ice Hotel in Quebec City.


4. Our Beavers Built a Dam Visible From Outer Space

Actually I knew that, I think it was on the news a few years ago.  So I went to Google Maps to see if it was visible from way up, which it is because there is water on one side, and green on the other.  Actually way more visible than the Great Wall of China that is reputed to be the only man made thing visible from space (which I doubt).

See this 2010 report, stating that the dam is 2800 feet long.  I guess it shrunk in the last two years, or was that a rounding error because Canadian beavers use metric units?
http://news.discovery.com/animals/beaver-dam-canada-space.html


5. Our Cities Have Some of the Freshest Air in the World

I did not know that.  One example given is Kitimat, a town similar to my home town of Baie Comeau, because it has an aluminum smelter and a paper mill, and is far from other cities.  As I recall during the sixties, the aluminum plant air pollution killed all the coniferous trees for about 20 miles around, while the paper mill air pollution was killing all the deciduous trees.  Finally, people started getting serious about air pollution when the acid in the air started etching the car windows.  Today it is pretty much cleaned up, but I don't know how they did it.  However, I would bet that the the air sampling centre in Kitimat is upwind of the paper mill and aluminum plant.

And finally, Googling Kitimat CLean Air, I came across this site, asking "Please don't burn garbage".  In Kitchener we are more serious about clean air, I believe there is a law against burning garbage.
http://www.rdks.bc.ca/content/air-quality


6. Have a Taste of Home When You Travel

I knew we grew mustard seed in Canada, but did not know they use our seeds in France to make Dijon mustard.


7. Iceberg Vodka? How about Iceberg Wine?

I did not know that Newfies make wine with iceberg water, but also I have never been to Newfoundland.  I do know that in Ontario we make wine with grapes that got frozen on the vine, and furthermore we charge a premium for that type of wine.  We are clever people.

8. Leave Your Door Unlocked in Churchill Manitoba...or Else!

I have never seen a polar bear in the wild, but I did see a documentary on Churchill's polar bears.  In the documentary they were interviewing this old native grandmother who got up to go to the bathroom in the middle of the night, and encountered a polar bear in the hallway and shot him.  The interviewer was shocked and disgusted that she would kill so magnificent an animal.  The old lady did not understand, she said "Well, I had to go to the bathroom"

9. You Can Drink a Toe Cocktail in Dawson City, Yukon

I did not know this.  Go for it, Vancouver.

11. We Have the World's Most Dark Sky Preserves

Another thing I didn't know, although I did know that we have got dark sky preserves near Southern Ontario .

12. We've Minted Many of the World's Coins

Another interesting fact I didn't know.

13. Just Think, Being Canadian Means You Could Be From...

OK, then I didn't do too badly on this quiz.  I have come up with a fourteenth thing I didn't know about being a Canadian, although technically, Newfoundland was not part of Canada at the time, but: The ferry from Sydney NS to Port Aux Basques NF was sunk by a german submarine in WW2.   http://en.wikipedia.org/wiki/SS_Caribou