Who Does the Rest of the World Vote For? 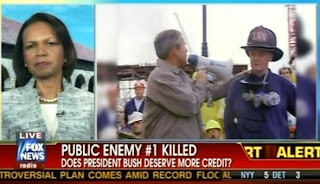 Canadians cannot vote in US elections.  But US elections affect not only the US, but Canada, and also the whole world.  I think that if the US election was open to the whole world, only two countries would support Romney.  They would be Israel and Pakistan.  My impression is that both those countries have more than enough religious fanatics. (so does the USA, by the way, as a recent survey says more Americans believe in Demonic possession than believe in Global Warming.)

So I am going to try to explain this mysterious tendency for Canadians to favour Obama over Mitt Romney. To do that, I will use only one question, which I think is the most important. Was four years enough time for Obama to turn the US (and World) economy around?

I have heard some Republicans say that Obama could blame Bush for the deficit for the first six months in office, but after that, Obama takes the blame.  I'm not sure I agree, because my understanding of debt is that it does not expire magically after 6 months.  If I personally were to get saddled with a million dollar debt for something I didn't do, I know that I would have to pay it, no matter how long it took. Even if I did pay it off somehow, there were plenty of other things I could have done with a million dollars.  I will resent that unfair bill forever.

Sometimes a debt can have a silver lining. For example, if it was a mortgage to a house with a good market value, and if the debt came with the ownership of the house.  Then I could sell the house, or possibly even keep the house if I needed it.  But in some cases, that one million dollar debt may have no silver lining, for example if it was paid to a lawyer to fight a legal case that I didn't win, or it paid for a house that has been flattened by a hurricane without insurance.  In political terms, if the deficit handed to Obama was because money was spent for new infrastructure (such as a new road system or electric grid), then Obama could leverage the value of those items to help improve the economy.  So that kind of  deficit would not be all bad.  But if the deficit was created by two lost wars and trillions of dollars lost in financial shenanigans, then none of that money can be recovered. There is no silver lining. Not only that but four years later, the negative repercussions of the wars and the financial meltdown are still hampering economic recovery.  I guess you could argue that the deficit's only silver lining was that some lessons were learned about what NOT to do next time, and I admit it's worth something that Saddam Hussein is gone.  But the problem is that smart people would not have needed to waste trillions of dollars learning this, so all this money proved only that Republican neo-con ideology was wrong about militant go-it-alone foreign policy and about economic deregulation and laissez faire theory.

I suppose that if the only net benefit from Bush's legacy was to learn that the Republicans were wrong, that might be worth going trillions of dollars in debt over, but has the lesson actually been learned?  Actually, no, not by the American voters anyway.  Sure they voted for Obama in 2008, and may again in 2012.  But from what I can see it's a toss-up and it's all about the wrong things.  Don't vote for Obama because he's black, or because he "looks presidential".  Vote for Obama because the US is not in a major depression today.

In my mind, the question is not so much about "Was 4 years enough time to get the economy moving again?" It should be "Was four years out of office, enough time for the Republicans to figure out where they went wrong?"  You would think they could learn by watching how Obama is finessing foreign policy.  They could compare Obama's taking care of Osama Bin Laden and Mohammar Gaddafi's in four years, and then think about how Bush took care of Saddam Hussein in seven years. They could observe Obama's investments in rebuilding the US economy, compared to investing in war.  But when when you hear that the Republicans are still talking about deregulating the banks, and next bombing Iran, well, what more incentive do you need to vote for Obama?