Nero Fiddled, but Did He Pay His Taxes? 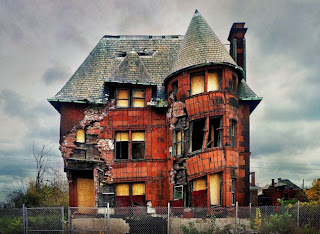 Recently I watched an argument on Fox news about whether the rich should pay more taxes. In the shouting match, several key points were raised.

Stuart Varney belongs to "Patriotic Millionaires for Fiscal Strength", and was facing a panel on Fox news.

To summarize the existing situation:  The USA is in a fiscal crisis with high debt levels, and President Obama has noted that during the last 50 or so years, tax rates have declined, especially on the rich.  Obama campaigned on the argument that the rich should pay their fair share of taxes.

On the other side of the coin, the rich (represented by Fox News), argue that "it is not a sin to make money" and "making the rich pay will not solve America's debt crisis", and "Jobs are created by the rich, but not if they are taxed too much".

One point that was raised on this program happened when the host Stuart Varney told Eric that if he wanted to pay more taxes, to take out his chequebook and make a payment to the USA government.  And let the other rich people keep their hard earned money.  Stuart explained first, that taxes are not a charitable contribution where you pay whatever you want.  And secondly, if people did pay taxes voluntarily, then those who refuse to pay should not get free government services.  Eric mentioned a list of services including police protection, fire protection, and good roads.

When he brought up the subject of fire protection, one of the Fox Panel jumped in with the fact that there are more fires in slums where people don't even pay taxes.  Apparently rich people's houses don't burn down as frequently, and so do not use up resources from the fire department.  Logically I guess that means that poor people living in slums should pay more for fire services etc.

But wait a minute here.  I am not aware of any study that has determined that poor people living in slums use up more of the government services than rich people. (I'm not talking just about fire services, but police services too.  And roads and infrastructure such as drainage, water, electricity.)  I think it's the opposite, with rich neighbourhoods getting the best support.  I'm not arguing that that is right or wrong, but I cannot tolerate pure bullsh*t that says fire department funding goes mainly to slum dwellers.

Let's get into fire protection, then.  One of the hardest fires to fight, and the most dangerous, are forest fires that can ravage wealthy neighbourhoods as easily as the slums. Wealthy people have a tendency to place their homes in open forested areas, where they are very hard to protect from forest fires.  Poor people cannot afford these expensive home sites because of the cost of land.

A little research on the internet comes up with these facts.

Firefighter lured to their deaths in ambush. This did not take place in a slum, but I'm guessing the gunman was not a millionaire either.  On the other hand, he could easily have been a Fox News watcher.  And Fox does support making guns more available.

The Cerro Grande fire, New Mexico, 2000.  400 homes lost.  Also, the Los Alamos National Laboratory was damaged, which brings up the situation where fire fighters are fighting to save Government infrastructure, not just the private dwellings of taxpayers.

Historically, inner city fires are a boon for the very rich, as slums can be cleared more easily when they are in smoking ruins, and somebody has to redevelop the now-valuable property.  Check out this story about Rome under Emperor Nero.