Again the Question, Why are Universities so Liberal? 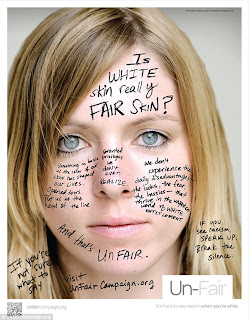 Why are university professors mostly liberals?  If this question is being asked at all, that may be a sign there is something wrong with our thinking patterns.  I always thought it was pretty obvious.  But not so obvious to someone who does not understand the traditional role of a University, or the traditional role of liberals in society.

Here is an article in the National Post, where again this question comes up.  Why so many liberals at universities?
http://news.nationalpost.com/2013/03/09/marginalized-and-on-the-defensive-university-conservatives-forced-to-grow-tougher/

Let's just go over the basics again.  Liberal is not a dirty word, at least not before Rush Limbaugh and Fox News made it so.

lib·er·al  (lbr-l, lbrl)
adj.
1.
a. Not limited to or by established, traditional, orthodox, or authoritarian attitudes, views, or dogmas; free from bigotry.
b. Favoring proposals for reform, open to new ideas for progress, and tolerant of the ideas and behavior of others; broad-minded.


Now lets just check what a conservative is:


Finally, can I let someone from the early part of the twentieth century explain the traditional role of a University?

Essays: English and American.
The Harvard Classics.  1909–14.
The Idea of a University. I. What Is a University?

IF I were asked to describe as briefly and popularly as I could, what a University was, I should draw my answer from its ancient designation of a Studium Generale, or “School of Universal Learning.” This description implies the assemblage of strangers from all parts in one spot;—from all parts; else, how will you find professors and students for every department of knowledge? and in one spot; else, how can there be any school at all? Accordingly, in its simple and rudimental form, it is a school of knowledge of every kind, consisting of teachers and learners from every quarter. Many things are requisite to complete and satisfy the idea embodied in this description; but such as this a University seems to be in its essence, a place for the communication and circulation of thought, by means of personal intercourse, through a wide extent of country.


Based on these definitions, and the idea of a university being people of diverse backgrounds coming together to exchange ideas and/or learn new ideas, I think I can come up with a theory.  A liberal is, by definition, a person open to new ideas, a person wanting to learn.  A conservative is by nature a person opposed to new ideas.  The highest aspiration of a University is to encourage new ideas.

A modern North American conservative's idea of higher learning is really either "job training", or a place for indoctrination into some religion.  Conservative places of learning tend to have predefined goals, and encourage conformity.  For example, a conservative think tank, or a bible study college.  Conservatives are more interested in money, so they are more likely to go straight into business, using their father's connections to guarantee a good job.  If they do go to a free-thinking traditional "University" it is often just a recreational interlude, with spring breaks, wild frat parties, drugs, football and such.  After four years of being wasted, then they collect their degree and get a high paying job using their father's business connections.

So that is the answer to the question "Why are there so many liberals at university?"  It is because a true university favours the open minded approach to learning new things.  It is not because universities deliberately try to exclude Republicans, the very wealthy, the conformists, the racists, the bigots, and the religious fanatics. It is because the basis of higher learning is to be open minded, and that's the only way to have a true university. Conservative "universities", rarely generate any new ideas.  In fact their entire raison d'etre tends to be the opposition to new ideas. (Like Evangelical universities, still fighting to suppress the Theory of Evolution.)

The picture is from the University of Minnesota at Duluth, the Unfair Campaign against racism.  This (very likely liberal) poster has drawn criticism from white conservatives in the U.S.A., who do not think that white Americans are racist.  An example of how liberals seem to dominate university campuses.
http://unfaircampaign.org/resources/see-it/
Copyright the Lost Motorcyclist