Can We Relax If We Are Not Driving a Toyota? 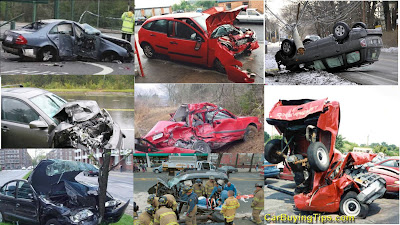 ﻿Already in the last two days, news of the Toyota recall has our relatives worried about us. My brother in law, a retired police officer asks, "aren't you scared to be driving your Matrix?". And my mother comments "I would never buy a Toyota.".

I want to help put all our worried friends and relatives minds at ease. I do actually know how to turn off the engine of my car, and I know how to put it in neutral, and I can press the brake hard enough to stop the car even with the engine on full throttle. I have also dealt with stuck throttles before. If this sounds to you like I am boasting of my superior driving skills, then maybe the bar for superior driving skills has been set too low.

Are we talking of some 90 year grandmother, or a 5 year old child who is out on a joyride? No, in Toyota's most famous case the car was driven by an off-duty police officer who could neither shut off the engine, nor put the car in neutral, nor press hard enough on the brakes, even though there was enough time for a passenger to call 911 and report a stuck gas pedal. Furthermore the driver could have taken double-wide exit ramp to another freeway instead of heading for the T-intersection where all four occupants died in a crash. I feel bad about criticizing the driver in this case, where the people are all dead and cannot defend themselves, but at the same time, I'm not ready to say the fault is all Toyota's just because the person was thought to be an expert car driver.

Today, apparently we would be satisfied if drivers would just stop reading the paper or texting their friends while driving. Reading the newspaper? I never heard of this kind of near-criminal negligence while driving when I was young. Lots of other crazy things, sure, but not total ignorance of how to drive a car, or complete inattention to the road.

There are plenty of reasons why people should not only learn how to handle a car in an emergency, but also pay attention to driving as if an emergency could arise any minute. Reason number one: Not only Toyota throttles get stuck. So pay attention all of you cell phone users. You are not safe just because you don't drive a Toyota. The difference between the rate of actual Toyota stuck throttle pedals and the rate for other cars is quite small. The "reported" numbers are higher for Toyota right now, because of media attention. Not only are other people blaming their mistakes on runaway acceleration if they have a Toyota, but at least one angry driver has deliberately used a Toyota pickup to smash into a showroom, and claimed runaway acceleration as an excuse.

If we are to believe all the claims, nineteen people died with a stuck throttle in Toyotas over ten years. Five million vehicles have now been recalled with the same throttle design. Does nineteen deaths in five million vehicles over ten years with a stuck throttle sound like a lot? If so, then maybe people are vastly underestimating the true danger of driving a car. I have always suspected that the reason people don't pay due attention to their driving is because they don't know the real statistics.

No, nineteen people is not a lot compared to the average death toll for all cars. You are four hundred times more likely to die in an average car than you are to die of a stuck pedal in a Toyota. So put down the phone and the newspaper, you are not safe out there.

Picture: A montage I made of just a few of the driving accidents that happen every day that are not Toyotas. Pay attention to your driving.
Copyright the Lost Motorcyclist