Is This an Audubon Society Payoff Scandal? 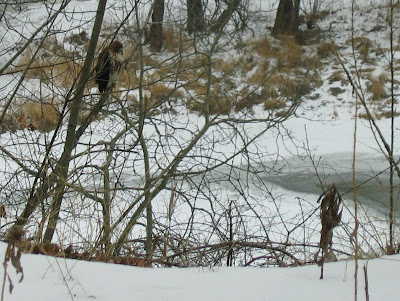 Recently I received a chain email that the Audubon Society accepted millions of dollars to change their anti-wind farm stance and allow the erection of wind turbines to destroy bird populations. It was explained in the header:

"The Massachusetts Audubon Society ("MA Audubon") has been opposing the project from the beginning. They estimated that the turbines may kill up to 6,600 birds per year.

The controversy arose when MA Audubon changed their minds. They announced they would support the project on the condition that millions of dollars be spent to mitigate the ecological impact. As mitigation includes the monitoring of bird mortality and bird behaviour by ornithologists, this immediately led to suspicions of a conflict of interest."

If this were true it would be a little like CUSO taking a payoff to endorse the Liberian dictator Charles Taylor's policy of chopping off of hands of civilians in Sierra Leone. Or endorsing the bombing of native villages in the Sudan to clear the way for oil drilling. The Audubon payoff was not debunked on Snopes (as far as I could tell) so I had to investigate on my own.

First, to clear up a position. The Audubon Society has determined that while wind farms may kill some wildlife, they are a net benefit, based on our need to produce electricity in a way that does not promote global warming. And the Audubon Society also believes that global warming is a real threat, not a gigantic hoax cooked up by tree huggers. Which happens to match my own views, and those of my local Field Naturalists Club.

The timing of this "change of mind" and Payoff is not clear. But as of July 2005 (after the Feb. 2005 estimate of 6,600), the Massachusetts Audubon Society supported wind power. (I have the link below) As far as I know, all field naturalists clubs support the use of wind power.

In my opinion it is actually Exxon and the other oil companies that are fighting wind power with a well funded PR campaign, supported by conservative interests (for example, Harper, the PM from Canada's oil province, and Bush, the president from Texas). Here is a link to an article about the payoffs to climate change deniers.

Mary Ann is an active member in the Kitchener-Waterloo field Naturalists club, which is similar to the Audubon society, in other words, a non-profit organization dedicated to birdwatching, and observing nature. Similar to the Audubon Society, they have no regulatory authority to stop wind turbines, but they are often asked to do environmental studies for a wide variety of reasons, including building and road construction. As a non-profit organization, they are not even allowed to make money (as in a profit), or they would lose their non-profit status. Greed and desire for money is totally absent in field naturalists clubs, from what I have seen. (While greed is the driving force of corporations, as they endlessly remind us)

If we go back to about 2003 or so, there was a debate among all field naturalist groups, Audubon included, who were concerned about the impact of the new wind farms on bird population. That debate has long been resolved, and as far as I know, all field naturalists are pretty much in agreement, that although the turbines may kill some birds, it has to be balanced against global warming, which is already making entire species (of animals/birds/insects etc.) extinct. They are looking at the long term species survival. They are more aware than most people that lots of birds die all the time from cars, hunting, predators, cats, disease, tall buildings, starvation, even natural death.

The location of the first wind turbines caused a severe problem killing hawks because the towers were located on bluffs. The way hawks travel is by seeking out thermals (upward wind currents), then circling repeatedly gaining height each time, until they reach enough height that they can glide to the next thermal. So hawks will actually migrate along ridges, (which create thermal up currents) stopping to circle each time they need to gain height. If the turbines are placed right where the hawks stop to circle, the blades will kill a lot of them as they migrate. Hawks migrate in a very narrow flight path, and they circle where the winds are strongest. As long as the blades are not placed right in a migratory thermal updraft, the number of kills is acceptable.

There is a place called Hawk Cliff near Port Stanley on Lake Erie, where thousands of hawks can be seen circling at migration times. It is a spectacular sight, well known to local birdwatchers. If you place a turbine right there, it will cause a major slaughter in the spring and the fall. Yet new turbines have gone up on the lake Erie shore, placed in such a way that the hawks will not be circling around the blades, and very few are killed. Less than by local car traffic, for example.

Bird watchers are well aware of the behaviours of various birds, and are an excellent resource to advise on the location of wind turbines.

The killing of bats is another issue, which I do not have the current answer for. Apparently turbines kill a lot of bats, and it may be either where they roost, or how they hunt insects by sonar. I know a lot of people are looking in to the problem. And our local field naturalists club does watch bats, and in fact they own a bat detector which is used for outings to observe bats.

I don't have any proof that the Massachusetts Audubon Society did not take a payoff of millions of dollars to support the wind farms. But from what I know already about non-profit organizations, and the fact that the Audubon society early on decided to support wind turbines, and specifically, the Massachusetts Audubon was supporting wind turbines in 2005, I would say this story sounds false.

Picture: I took it this this morning along the Grand River. It's a hawk sitting really near, but I have a cheap point and shoot camera, not one of those monster zoom lenses. I was on an outing with the KW Field Naturalists, and they said it was a one year old Red-Tailed hawk, and they spotted it way on the other side of the river and waited for it to come over.
Copyright the Lost Motorcyclist