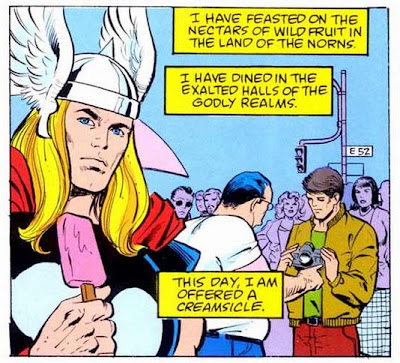 The title of this blog is in Latin, I don't know Latin, except the last word which is "Prius". The full phrase in English is "Whom the Gods would destroy they first make mad enough to drive a Prius".

Just kidding of course. The phrase actually comes from a play called "Medea" by Euripides. In this play, Medea is fully aware of her descent into madness, but cannot stop it, as she kills her own children to hurt her ex-lover.

I'm not sure how aware an individual might be of his or her own madness, normally. But there is another kind of madness called group madness. When an entire country goes mad, there are usually a lot of people left scratching their heads, wondering why people around them are going nuts, but unable to do anything about it. Think of the case of Nazi Germany, where it would seem almost the entire country went crazy and resulted in the destruction not only of themselves, but much of Europe. I'm sure there were lots of German people living through it who must have thought the whole thing was a bad dream, but every time they spoke out they were shouted down by Nazi fanatics.

We have a book titled "Collapse" by Jared Diamond, about collapsing civilizations. The New Yorker review by Malcolm Gladwell is here. A quote from Malcolm:

"The lesson of “Collapse” is that societies, as often as not, aren’t murdered. They commit suicide: they slit their wrists and then, in the course of many decades, stand by passively and watch themselves bleed to death"

The idea of madness preceding destruction makes a lot of sense whether or not you believe that the Gods caused the madness. For example, take a character like Osama Bin Laden. He is a smart person, and he knows that he does not have the firepower to take down the USA. So he used a tactic that was not designed to fight the USA straight up, but to drive them to madness, after which they could destroy themselves without his help. And so far it is working like a charm, with the US economy crumbling, and Republicans talking of breaking up the country rather than submit to Obama's tyranny.

While talk of secession is clearly the result of madness, it is not so obvious that the crumbling economy is also a result of madness. What mixture of greed, laziness and arrogance could make us think that sending all our jobs to China would make our economy stronger? How did we come to believe that banks drive the economy? And craziest of all, the very bankers who destroyed the economy while paying themselves multi-million dollar bonuses, are still being paid multi-million dollar bonuses. If this was China (a place where the economy is actually growing) those people would have been lined up and executed by firing squad.

A spokesman for the craziness is Kevin O'Leary on CBC TV who thinks it is a bad idea to regulated the banks because "They are greedy, and greed is good", and "They are the only ones making money". And while he is crying out for someone to stop Obama from destroying America, he also makes this interesting remark. That he likes to invest in China, because of their management incentive program. "If a manager doesn't perform, they kill him". Hey, Kevin, be consistent. You should be in favour of  killing the American financial CEO's , not paying out staggering bonuses.

Growing up in a remote paper mill town teaches some lessons in economic theory that are not accessible to people who live in "normal" places like Kevin. Not one person in our remote one-industry town would have ever thought that if the paper mill closed, we could continue to thrive by all going to work for the bank. And once in the bank, by paying ourselves million dollar bonuses. That's because we were not crazy. In case you didn't grow up in a paper mill town: The bank gets money from the paper company to cash the paycheques. The bank also loans money to mill workers to buy houses, and those loans are repaid only if the paper mill stays in business. It's really not that hard to understand, even when scaled up to a national economy.

There is a lot of evidence to support the idea that the Gods are trying to destroy the USA and Canada through madness. Here we are trying to fight a war to bring freedom and democracy to Afghanistan. I see crazy bumper stickers in the mall parking lot "If you won't get behind the troops, get in front of them!" Why should Canadian citizens be shot for expressing their opinion? Meanwhile our Canadian Prime Minister has suspended Parliament.  Afghans should come to Canada and help us win back our freedom of speech and democracy from the crazy people over here.

The next form of madness is actually not so important, but still pretty funny. It is "Toyota Madness". For the first time in my life, when people say "you're going to kill yourself on that bloody thing" they are talking about my Toyota Matrix, and not my Kawasaki motorcycle. Why do I call that madness? Because in the last ten years, 300,000 people have died in vehicular accidents, of which 19 were blamed on Toyota's unintended acceleration. It is a form of madness if Toyota's have become death traps that everybody is scared to drive.

Are these the only cases of descent into madness? Of course not. Christian missionaries running child trafficking rings. Torture, wiretapping, teabag parties, Obama bowing to the Japanese Emperor, motorcycles not allowed on the road in Quebec in winter, wind turbines, healthy care, pro-war Jesus, Islamics taking over the world, evolution, global warming, Haitian earthquake caused by a pact with the Devil. All these subjects have more than a whiff of madness about them. I'll leave it to you to decide which side of each issue is actually mad, but whichever side you choose, the other one is surely mad.

The real translation of the title is "Whom the Gods would destroy, they first make mad", and a good place to print it is right on our money.
Picture:  Thor, the god most likely to destroy us, as we have not been worshipping Him a lot.