A Lesson from The Flat Earth Wager of 1870 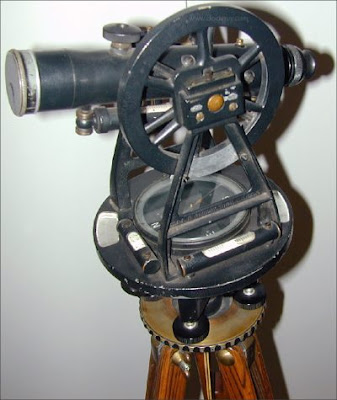 Once again I want to call into question whether debating should be used as a technique to settle arguments about the validity science. For example, Creation vs Evolution, or whether global warming is real or a scientific hoax.

I have been reading the book "Flat Earth, the history of an infamous idea" by Christine Garwood. There is a historical precedent that we might be able to learn from that we can generalize to all science vs. non-science arguments.

This historical debate was about the flat earth in 1870. It involved AR Wallace, who was coincidentally the co-discoverer of evolution.

A. R. Wallace took up a monetary wager against flat Earth promoter John Hampden. To win the wager, Wallace had to prove, to the satisfaction of a third party referee, that the Bedford Canal had a curve to its surface.

Wallace set two markers at a height of 13 feet above the water, one was at 5 km., the other at 10 km. He then used a professional surveyor's telescope with cross hairs, also at thirteen feet height and observed that the furthest marker was lower than the middle marker, by about 4 feet. The previously agreed impartial observer, William Carpenter, was then allowed to look through the telescope, at which point he joyously declared the points lined up therefore the canal was flat. No amount of persuasion could convince the observer that the middle marker was higher than the furthest marker.

Finally after days of wrangling, another judge, Walsh, was chosen, and he said that the difference in height of the markers clearly indicated curvature of the canal water surface. Furthermore, Walsh discovered that William Carpenter, the previous referee, was a close associate of John Hampden, and Walsh issued a statement in which he included the comment "The deception was, to say the least of it, 'unscientific'." (speaking of the choosing of William Carpenter who did not disclose his close collaboration with Hampton)

As a result of this comment by Walsh, John Hampden claimed that he was being libelled, and also accused the new referee of colluding with Wallace. Hampden took legal action to prevent the wager money being given to Wallace. After years of fighting in court, A.R. Wallace won the money, but ended up no further ahead after lawyers fees, and had done nothing to stop the spread of the "Flat Earth" philosophy.

What we can learn from this, is that scientists and anti-scientists do not have the same standards of fairness. Why would I say that, and how could I ever confirm it? Of course it can never be confirmed that anti-scientists are all cheats, and it does not even seem to be a reasonable statement. I would go further, and say it makes me sound like a lunatic that I would even propose that all anti-scientific people are liars and cheats. Therein lies the paradox that prevents a debate from being a good way to settle the matter.

But the world at large, observing this debate, sees only two equally earnest sides, pro science vs. science deniers. If the pro science side ever at any time in exasperation, insults the science deniers for their lack of logic, for their hardball tactics, for their deceit, a whole new argument is launched. This new argument is about personal honour. In the new argument, the scientists were the first to insult the other. And they lose.
Copyright the Lost Motorcyclist