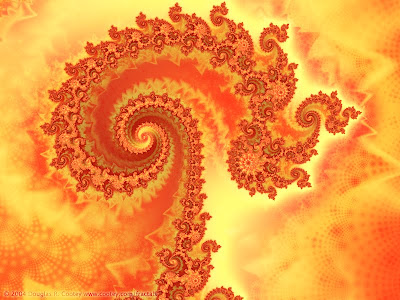 This quote about science setting a limit to infinite error caught my interest.

“The aim of science is not to open the door to infinite wisdom, but to set a limit to infinite error.” Bertolt Brecht

Bertolt Brecht was a leftist, Marxist, probably socialist, German poet who fled Nazi Germany, got to the USA and was hounded by the anti-communists in the McCarthy era, and left the USA, ending up in communist East Germany.

Every time you get a debate between scientists and anti-scientists, a pattern emerges. The evidence and proofs from anti scientists are endless, you might say infinite. For example, I once was given a set of nine videotapes, two hours long each, packed with "proofs" that evolution was a hoax. Although it was possible to refute the proofs one by one, it was apparent that someone could create these proofs in less time than it took to refute them. And because religious fundamentalists are working constantly on proving evolution is false, the mountain of "evidence" against Darwinian evolution is actually growing day by day.

Scientific people dislike false arguments. They are generally capable of recognising many of the tricks that can be used to cheat, dupe, brainwash, and hoodwink people into believing something. And scientists do not like to be duped. (of course nobody does, do they?)

A non scientific person will never admit that their only concern is the sheer number of arguments. Of course not, as that would be stupid. They will say that each one of the 10,000 arguments against evolution can and must be debated on its own, with both sides presenting their arguments.

Unfortunately, what happens when you debate Evolution, happens again on the next level when you debate, say the jawbone of Neanderthal man. Once again, fundamentalists can create more than 10,000 arguments that prove their side of the jawbone argument, while scientists can only come up with a handful of reasons why this argument is wrong.

By the principle of recursion, you can now take just one of the 10,000 jawbone arguments, and come up with 10,000 more phony arguments, at the next lower level and this can go on to infinity.

The concept of infinity is very powerful. If you wish to take just one of the 10,000 arguments against evolution, and prove it is wrong, you will get into an infinite spiral of nonsense.

To combat this infinity of errors, scientists have developed written and unwritten rules. The main one being if even one of your arguments is shaky and unsound, you are out, removed, in the penalty box, red-carded, until you remove it, apologise for it, and come back with a sound argument.

So we come back to the insight by Bertolt Brecht. Science does not try for infinite wisdom. Science does not try to answer speculative questions "what does God look like" unless there is a way to verify the answer with evidence. By not engaging in baseless and boundless speculative reasoning, science limits error. On the other hand, religious fundamentalists may argue that by simply following the bible as the word of God, they are the ones who have limited errors.

Once you eliminate the spiral of nonsense, you are left with some basic differences in philosophy. For example, the typical endgame argument between religion and science is this:

Religious: "Science has no answer for who created the universe."