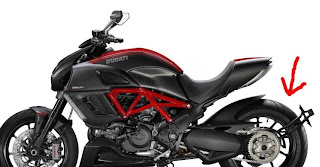 There is an old quote that most people have heard "Form follows function". It's famous and has been argued about often. I want to discuss this idea only in relation to motorcycles, but you can go to Wikipedia for the long version.

This idea came about in the 1800's when technology changed so much that it no longer made sense to design things to look like they had always looked. The particular case was the skyscraper, made of steel beams rather than historic stone.

People have always been reluctant to accept new technology unless it looks like the old. For a thousand years after the invention of pottery, most pots were designed with a fake basket weave molded on the outside. Actually, I see in Google that such patterns are still popular today. Now I always thought this was just because people liked the look of the primitive technology of basket weave, but apparently at least one expert claims it was because early pottery was made in basket molds.

Anyway, to bring this back to motorcycling, if we were to get serious about "form follows function", we would stop putting cooling fins on the engines of water cooled motorcycles. My Kawasaki Vulcan 900 is one of many examples of this, but I will confess that I like the look of the cooling fins. So maybe I am not a really hard core FFF'er.

At it's most extreme level, even a colour other than black would be non-functional. So money could be saved by painting every bike black, like Henry Ford did with the Model T. His phrase was "You can have any colour you like as long as it's black". And many motorcycle enthusiasts claim black is the only real colour for some motorcycles, and all motorcycle clothing.

One of my pet peeves is the disappearance of the fenders on motorcycles. We all know the function of the fender is to control the spray off the wheels. But what if you live in a place where there is no rain, like California? Even in Canada, if you never go out to the donut shop when it's raining, you don't need fenders. In either case, you may want a bike with no fenders. Also, manufacturers are very quick to pick up on any styling trend that saves them money, such as providing bikes with no fenders. This annoys me because I do end up riding in rain from time to time, and many bikes have fenders that are too short or narrow. On bicycles, fenders mostly disappeared some time in the seventies, but motorcycles are covered by laws about much of their design, including the need to provide fenders. Now the manufacturers are pushing the limits of these laws in two ways. The law usually only says how far down the fender needs to go at the back. So a tiny fender is mounted at exactly that height, but it does not cover the upper part of the tire. BMW GS bikes often use this trick. Another trick is to simply make the fender as narrow as possible, much narrower than the tire. One example of the narrow fender is the Kawasaki Versys, but I'm sure there are others. Back in the sixties, this argument about fenders was already starting, and Honda made bikes for the American market with smaller fenders than in the European market. (Example the original CB350.) That's because Europeans tended to use motorcycles for transportation, while in America they were mostly for recreation.

Another FFF issue, but much less controversial is the "Soft tail" look. Motorcycles with rear suspensions, including springs and shock absorbers, became popular in the fifties. But long after rear suspensions became universal, Harley Davidson decided to build a bike that looked like it had no rear suspension (like the old ones). By this time, old bikes with no rear suspension were starting to be called "hard tails". So the Harley model with the hidden rear suspension was called the "soft tail". Kawasaki also picked up this idea with my Vulcan 900.

When discussing function, we often disagree on what exactly the function is supposed to be. For example, the law might say the function of a muffler is to make the motorcycle quiet. But the owner might say the opposite, that the function of the exhaust is to wake up drivers and save lives. To the manufacturer, there is no real function to a muffler, and I'm sure they would like to drop it all together to keep the price down. If form really did follow function, then the motorcycle would come with no muffler, and let the owner add whichever one they want. But the law (which serves the wider public) is written to prevent this. It is impossible for you to order a new motorcycle from the dealer with your choice of muffler on it. However, the way the law is written now, as long as you pay for the original quiet muffler, the dealer can put on any muffler you like. But still, the the law is written well enough that the manufacturer cannot put on a cheap muffler just to satisfy a noise test.

Picture: New Ducati Diavel with rear fender according to "Form Follows Letter of the Law". Arrow points to gap in the rear fender coverage that was not specifically mentioned in the law. The front fender is also too short to be of much real use. (preventing spray in front of the headlight and riders face)
Copyright the Lost Motorcyclist