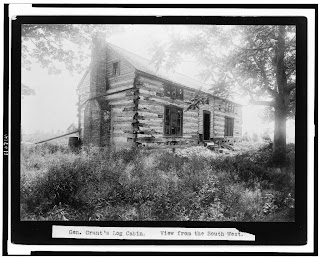 The answer to the well known question about General Grant, which is "Who is buried in Grant's Tomb", is Grant. That question was more like a joke or a riddle than a real historical question.  But there is a real historical question: "Did General Grant own slaves?"  This is a very interesting question, given that Grant was the top General fighting for the Union in the US civil war, and that many people argue whether or not the war was mainly about slavery.  (and I assume everyone knows the Union was the side allegedly opposed to slavery)

The problem with trying to research questions like this is that there is no one source of "truth" in the U.S.A. (or maybe any country, but the distinction is really obvious in America)  So you may find in one book, that Grant did own slaves, thus proving that the Civil war was NOT about slavery.  And you may also come across this quote from Robert E. Lee, the top general of the Southern Confederate states (the ones who allegedly supported slavery)

"There are few, I believe, in this enlightened age, who will not acknowledge that slavery as an institution is a moral and political evil." Robert E. Lee December 27, 1856


That quote, along with Grant's ownership of slaves seems to prove that the war  was not really about slavery.

But hold on just a minute.  If you are to learn anything about the "truth" it is that truth can be manipulated.

By doing some further research, you will find out that Grant bought a slave and set him free.  Does that mean that Grant "owned" slaves?  Of course it does.  From the moment a slave is bought, you own him until the moment you officially set him free, which will take at least a few days, or so I imagine.  It's true, Grant owned slaves.  Or one slave, anyway.  And you will also find out that this slave helped Grant build a log cabin, before being set free.  And that later on Grant hired him again on salary as a free man.  And you will also find out that Grant's wife inherited slaves, and that Grant did not set them free until the end of the war. From there you can dig deeper and deeper and never find the truth.

On the other hand, you can research Robert E. Lee's statement about slavery ("as an institution")  being evil.  And then find out that Lee had slaves and whipped them, and sold their children to break up the family units.  And that although Lee knew that slavery was evil, he also "knew" it was ordained by God, and God would forgive the evil (but necessary) deeds of the slave owners.  And that Lee hated abolitionists a lot more than he hated whipping his slave women.  And again the further you dig, the harder it becomes to root out the truth.

Be careful when seeking the truth, it's easy to get lost and never find your way home.

Another bash at Grant vs Lee, with lots of interesting comments at the end.
http://www.american-presidents.org/2007/02/grant-was-slave-owner.html

General Lee's views on slavery in a letter (The whole letter is on this page, not just a cherry picked quote)
http://www.civilwarhome.com/leepierce.htm

Picture: The house built by Grant and his slave from this page.  http://www.loc.gov/pictures/item/94503889/