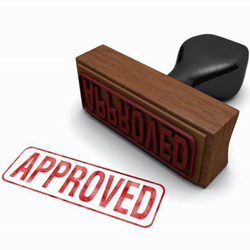 There is a story creating some concern in Canada, about our biggest bank, the Royal Bank of Canada, hiring foreign workers to replace Canadian workers.  All by itself, this would not be enough to cause outrage, as we have been doing this for years. But now there is a combination of circumstances that could make this "the straw that broke the camel's back".

- Canadians are aware that good jobs have been shipped overseas for many years: Computer jobs, phone answering jobs, manufacturing jobs. I don't know how many jobs have gone overseas, but I am aware of many local industries and offices that have simply closed down.  I think it is widespread enough to harm our economy, if not now, sometime in the future.  We know jobs pay a lot lower wages overseas than in Canada, and I guess we understand why.

- Canadians may not be aware that many jobs even in Canada are filled by foreign workers on temporary visas.  Over 100,000 in 2001 growing to over 300,000 in 2012.  It used to make sense, because these are mostly jobs we don't care for such as fruit picking.  They are supposed to pay Canadian wages, though really it's not, because Canadians apparently cannot afford to work for those wages any more.

- There are also high tech jobs, or skilled jobs that not enough Canadians are trained for.  I personally know at least one person who was recruited overseas to work in Canada in such a job.  I think there is a need for a limited amount of this type of recruiting.  These jobs are also supposed to pay Canadian wages.

But this is just too much: Unskilled foreign workers on temporary visas, replacing Canadian workers, at a lower salary, in Canada, recruited to do a job that some Canadians have invested their own time and money at University and college to qualify for.  I don't care if it's a mistake, or a loophole, or an accident, or any other excuse. If this continues, even the CEO's job may be outsourced.  After all, it would improve the corporation profits by $10,000,000 per year (the CEO salary, minus whatever we have to pay the replacement on a temporary CEO work visa).  The resulting executive decisions couldn't be any more short sighted.

I am somewhat at fault myself, as a shareholder in the Royal Bank.  And so the only decent thing to do is begin divesting shares in favour of some company that does not outsource its jobs, if there are any left.

Already, we have a case in Canada going before the court, where Chinese temporary workers were hired by a Chinese mining company to work in a mine in Canada.  Once again, it was a combination of circumstances.  As I understand it, the Chinese company bought mining rights in Canada.  The Canadian government assumed that there would be jobs for Canadians in the deal.  The Chinese company put out help wanted ads, but no Canadian miners qualified, so they were forced to bring in Chinese workers on "temporary" work visas.  Is appears that one of the requirements listed for the job was fluency in speaking Mandarin.

I looked up some of the facts in the Globe and Mail article here: