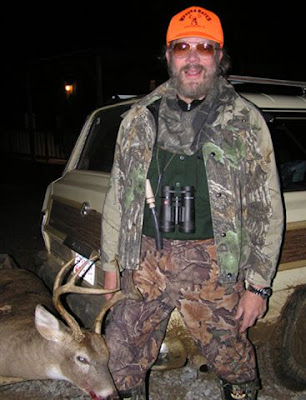 Conservatives like to boast that they are hard workers, while lazy liberals collect welfare. How true is this stereotype, and what is it based on?

Conservative Values: Duty, honesty, hard work, self-sacrifice, love of country, loyalty, and self-restraint.
Conservatives on racism: Past injustices are in the past. Current law protects equal rights for all races, and it’s up to individuals to work hard and succeed according to their abilities. There is no longer a need to tip the balance in minorities’ favor to make up for what happened long ago. To do so is reverse discrimination, and creates new injustices.

A conservative comment adds: "To the statement that it is the government’s job to solve problems that private institutions cannot solve, a conservative would respond that if the problem really needed to be solved, there would be a private solution if the government got out the way."

The political connections of "hard work" go all the way back to the days of actual hard work, which was slavery. The basic image of a liberal, in the dreams or nightmares of a Republican, is an unemployed black man or woman. Or a white person who sympathises with them. American politics has been somewhat like this ever since before the Civil War, and in fact was the major cause of that war. Since Ronald Reagan's days, "Welfare Queens" and "Willie Hortons", come to mind. In recent times, this racist image is suppressed, but, when desperate, the Republicans will not hesitate to remind us of who exactly they are talking about.

There is a basic truth to the stereotype, that black people tend to vote liberal Democrat while Republicans tend to appeal to conservative white voters. This is a result of the Democrats supporting the Civil Rights Act, further reinforcing the notion that race relations drive the political agenda. Traditionally, white people have had better jobs than black people. Among African Americans, unemployment is high and educational achievement is a problem. So it may be true that a disproportionate share of welfare is going to black people.

The picture is changing as unemployment spreads in the US. Consider a group that Obama got in trouble with during the election. These were the unemployed white workers of Pennsylvania that Obama said were "bitterly clinging to their guns and bibles". They were the ones who continued to vote republican regardless of whether Republican policies were responsible for them being on welfare. Regardless of whether Democrats policies would help them collect welfare. This idea was also personified in Joe the "Plumber", who imagined himself to be a hard working plumber, but actually was not a plumber nor was he working. Joe's main objection to Obama was the issue of taxing the rich. Even though simple math would prove that Joe would save money with Obama's taxes, he continued to support the Republicans because he preferred to identify with the rich.

Today, the issue is not about real hard work, it is not even about reality. It is about people's self image. Some people, who happen to mainly white, identify themselves as conservative because they imagine themselves to be hard working, and cannot comprehend that they are in fact unemployed. With enough conservative propaganda on the radio, they imagine their unemployment is temporary, and with a little so-called "Hard Work", vast wealth is just around the corner. They cannot imagine how hard some people have to work, to make sub-poverty wages.

Most African Americans have given up the fantasy of becoming a hard working multibillionaire CEO. They gave up this dream generations ago when the Civil War failed to bring them equality. They have given up the dream over and over again. They tend to vote liberal, because liberal policies may help ease their economic burden, help them get jobs, and get an education.

One reason why voting conservative and liberal tends to be split along racial lines is that white people still have an advantage economically in the USA and Canada. They can get the good jobs more easily. Again, Joe the Plumber was a perfect example, he could be hired as an occasional plumber and make some money that way, even though he did not have any plumbing credentials. Black people generally do not get hired in these nudge/wink jobs without qualifications. These jobs are given as favours for white people by white entrepreneurs who like to fly a bit under the government regulation radar, and can apparently get away with it. Meanwhile a black person, even with some qualifications, would be far more likely to end up with truly hard work, like garbage collector. While Conservative Joe, despite lack of training gets a job walking around checking and tightening plumbing joints, and encouraging poorly paid illegal immigrants to work harder.

Conservatives would like to keep the existing system instead of trying to make it fair for all. They are desperately opposed to Affirmative Action, the ACLU, the NAACP. They claim that Affirmative Action is reverse discrimination, actually a form of black on white racism, that unfairly favours black people in education and jobs. And of course this is all the fault of the Government, which must be "Drowned in a Bathtub".

The conservative point is that the government needs to get its nose out of people's affairs. There will always be poor people, so let the rich people care for them with charity. Never mind trying to get them into good schools and good jobs using government regulation.

Picture: A "bitter" Hank Williams Jr. does seem to be clinging to guns and religion. But is he hard working? From this conservative site http://www.politico.com/blogs/jonathanmartin/1008/Hank_Jr_takes_to_radio_to_hammer_Obama_on_bitter.html
Copyright the Lost Motorcyclist