Luddites of the Future 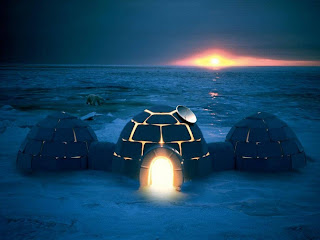 Things change in our modern world. If you think about sailing ships from 1000 AD to 1800 AD, there was very little change in those 800 years. A sailor from 1000 AD could have probably figured out a sailing ship in 1800 AD without too much trouble. But in the last 100 years, the changes have been enormous and its mainly due to technology driven by scientific discoveries.

Human societies have not naturally evolved in to keep up with such a fast pace of technological change. People are more comfortable with gradual change, where people can raise their children with more or less the same values, skills, knowledge that they had themselves. When change occurs too rapidly, parts of society retreat mentally into the past.

How can we tell when and if we are retreating into the past? I'm guessing that religion can be in indicator. People who convert to religions that oppose scientific advances would be an indication that science is moving too fast for them.

I am not trying to pass judgment and say just how fast science is supposed to advance. I agree that at times it goes too fast, and I can think of some examples: The atomic bomb, drilling for oil over a mile under water, the technology for cloning humans, cell phones in cars, nuclear power plants, genetic engineering, the AK47 assault rifle, poison gas, biological warfare, air travel. All seem to exceed human civilizations ability to control them properly.

Today, we can see evidence that some people think things are changing too fast. There are religions and political movements in the USA that would like to take us back to America's golden age. (Probably the cowboy era)


The above points generally define conservatives.

Luddites is another word for people who resist change. Named after Ned Ludd, these people were scared of losing their jobs as weavers, and so destroyed the new mechanical looms in England, that could be operated by unskilled labour to do the work of many skilled craftsmen. 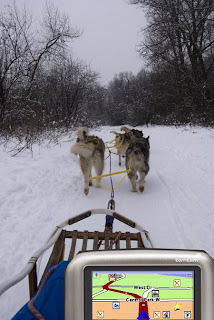 It could be argued that technology was moving too fast in Britain at the time of the Luddites, and that's why the Luddites appealed to so many people. At some point during the Napoleonic wars, there were more British soldiers fighting Luddites at home, than fighting the French in Europe. Speaking of which, there was also a war going on, increasing the economic stress on the country.

Just to be fair to Luddites, here is a paper that argues the point that Luddites were not opposed to technological change per se, just opposed to reductions in their economic situation. (being laid off, having the prices of cloth undercut, wages reduced, etc.) And they broke machines to enforce their bargaining power with the factory and mill owners.
http://libcom.org/history/machine-breakers-eric-hobsbawm

You could probably argue that there are Luddites among liberals and among conservatives. I do not own a cell phone, and I have wind-up windows in my car with manual door locks, and I generally call myself a liberal these days. Change will surely come, and some people better get used to it faster than the currently are.


Picture Dog sled (but I photoshopped the GPS): http://wanderlustandlipstick.com/wander-tales/adventure/hike-up-modern-dog-sledding/