Are Liberals Being Targeted? 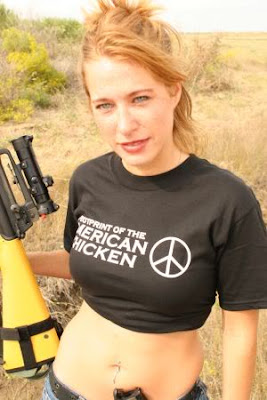 I have a different interpretation of the facts discovered by Brian Palmer. Brian's basic interpretation is that it is complicated, and assassins and wackos come from all over the place. Now, I don't disagree with him on that. But I also look at it a different way.

In my opinion, it does not really matter what the assassin believed. You may be simply wasting your time trying to figure it out in the case of a disturbed, unhinged psycho. One example would be Lee Harvey Oswald, where many have speculated on how his Marxist views could have led him to kill John F. Kennedy. Karl Marx didn't even know who John F. Kennedy was. I think someone else had to help point the way to Oswald, to interpret history and current events for him. Anyway that's only my opinion, as Oswald died long ago.

I think that the politics of the victims is more important than the politics of the killers. The reason you don't really care about the killers is that more and more often they are deranged individuals with no clear connection to any side. If you try to figure it out, you will become confused, and that obscures the most important pattern of who is being killed. There will be a pattern in who is being killed if there is a general culture of violence by one side and not the other. For example, if there really is some secret force promoting the killing of liberals, recruiting deranged killers without any real connection would help disguise their motives, but they obviously will not kill their own people just to throw you off the trail. The killers may be slightly unhinged lunatics from any political stripe who are merely duped by smarter, more goal oriented, possibly more normal people.

Recently there has been a clear pattern the assassination attempts, and it is known to be mostly against liberals.

July 2008, Jim Adkisson went into a liberal church and randomly killed two people, because he said he hated liberals:

"Know this if nothing else: This was a hate crime. I hate the damn left-wing liberals. There is a vast left-wing conspiracy in this country & these liberals are working together to attack every decent & honorable institution in the nation, trying to turn this country into a communist state. Shame on them…."

April 2009: Richard Poplawski Killed three Pittsburgh police officers and injured two others. Although the police officers political leanings were not important, it was obviously about the liberal government directing the police to "take his guns away".

May, 2009 Dr. George Tiller, the abortion doctor was shot after being called a baby killer on Fox News.

Feb 18th, 2010 Joe Stack flew his plane into the IRS building in Austin, killing one and injuring numerous others. http://en.wikipedia.org/wiki/2010_Austin_plane_crash

Against that, the right wing have desperately researched a number of offensive acts by left wing wack jobs, however, none of them appeared to result in killing anyone. And they have attempted to paint some of the killers in the above incidents as left wing wack jobs, and some of the victims as Republicans. The overall pattern though, is of a preponderance of liberals being killed.

By itself, this may be simply a coincidence. But combined with other evidence, such as a Sarah Palin rally where supporters were fired up enough with anger to begin yelling "Kill him" as she spoke about Obama. And there are plenty of examples of incitement to use firearms by prominent politicians on the right. Not to mention that the entire gun culture is owned by the right wing. That begins to add up to more than coincidence. It is the conservatives who are clearly feeding off anger, and may have crossed the line into terrorism.

But here is something I found very interesting in Brian Palmer's article. Following the Civil War, liberals were targeted for assassination by southern Confederate supporters. The Republican Party in those days was made up of liberals, and the most famous assassination was President Lincoln. But he was not the only one. According to Brian Palmer's article, apparently twenty-four politicians were murdered in the South, (not sure if this includes Lincoln) most of them Republicans. At the time Republicans were liberals who were trying to enforce liberal racial policies on the racist southern states.

The post-civil war era was not the only time when liberal politicians were murdered. Liberals were murdered during the Civil Rights era in the South. And if you call the Obama administration another liberal-killing period, that's three times. What do all of those three times have in common? White racism for one. The white racists being out of power. The people who support blacks are in power. The opposition to the liberal (and black-favouring) government is anchored in the southern USA in all three cases.

OK Maybe it's all just a coincidence, and really it's just random killings by unhinged wack jobs. Maybe leftists have just as many guns as right wing nut jobs, and maybe Liberal radio hosts are also calling for murder of Republican politicians, and maybe left wing TV news stations are encouraging their audience to "take out" people, and maybe Democrats hold assault weapon firing practices. But I don't think so. That all seems to be happening on the right.

Gabrielle Giffords, Democratic member of congress who was recently shot, won the election against Tea Party Candidate named Jesse Kelly, and you can see here he held a free public assault-rifle training session June 12, 2010 . (For you liberals who don't even know what an M16 is, it is classified as an assault rifle)

So, Brian, still think it's complicated? Yes, it may be complicated, but there is a bit of a pattern emerging and unless you are bending over backward to be politically correct, you should not have to totally ignore it, no matter how ugly the truth is. And of course, nobody wants to encourage revenge or retaliation. That's why liberals are asking the conservatives to at least "tone down the rhetoric", and why the conservatives should heed that advice.

Picture: Got it from this web page. In case you don't know, American Chickens are NOT the Conservatives. Guess who? It's not that complicated.
http://virgomonkey.wordpress.com/2005/02/17/piss-off-a-liberal/
Copyright the Lost Motorcyclist