Liberals or Conservatives: Who is Best at War? 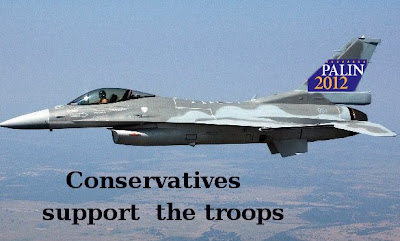 Before I start, this is going to be hard reading for anyone who does not understand the difference between conservative and liberal. I know the conservatives have spread more than one stereotype for liberals, such as welfare freeloaders, immoral, and gay. I can't deal with every one of these stereotypes at once, and for now I just want to deal with a common stereotype, that liberals are soft on defence and don't support the troops.

But in the long run, things tend to even out between liberals and conservatives when it comes to survival. If it didn't, we would all of us be conservatives today. Liberals would have died out thousands of years ago. Instead, we have more liberals today than we did under the Roman Empire. More than there were in the Mongol Horde under Genghis Khan. And many more than in the days of cave dwellers.

Conservatives spend more on defence, including weapons and training soldiers. Liberals let the military go to hell in a handbasket, focusing more on social justice and education. Conservatives are the people of "No surrender, no talking, and no aid or comfort to the enemy." Be prepared and fight to the death.

How do things even out? Well, though it may not be immediately obvious, this conservative hard line has fatal flaws. One is the tendency to overreach. Another is the tendency to make enemies out of potential friends. And when it comes to a fight, it is not always possible to actually kill everybody who is against you. In fact it rarely is possible. Those people you have pissed off, can often bide their time and finally rally against even a well prepared military, and defeat them in the end.

On the other hand, liberals tend to not be ready when war comes, and lose the early battles. But in the long run, their better education pays off with better machinery, better manufacturing, better organization, better code breaking and electronics. You may be surprised, but education goes a long way in war. Also, liberals tend to attract more allies, even among the enemy. They earn respect by respecting the rights of others. This gives them better chance to win in the long run.

Conservatives tend to be better prepared at the beginning. But they also can go off half cocked, at the wrong time, against the wrong enemy. And despite early overwhelming victories, in the end get worn down because of missteps, and incomplete knowledge of the enemy. Also their brutal tactics, greed for spoils, and disregard for human rights and justice turn off even some sympathisers, also hurting them in the long run.

One scenario, rarely considered by conservatives, is that of an outer space invasion, where all mankind must unite in a common cause. In that case, liberals have the edge, because they get along better with all races and ethnic groups. Liberals of every country are more palatable to foreigners than the conservatives. Look at the hate the conservatives in the USA have for France, or for Mexican immigrants, not to mention Muslims and Arabs. Liberals are more tolerant towards others of different religions and skin colour. So what happens when the Martians invade and we all have to work together? Better let the liberals take over. And by the way, this scenario is not so far fetched as you might think. Substitute any enemy that all mankind must unite in order to fight, and that enemy may also be something Earth based. Either a world wide epidemic, or a giant comet, or global warming. Conservatives don't really like thinking about such things because their rigid belief systems do not allow them to communicate in a meaningful way with people not like themselves. Conservatives are far more comfortable shooting, detaining and and torturing other humans than empathising with them. And often that hard line militarism doesn't even help to win wars.


Any similarity to Iraq, Afghanistan, the fall of France in 1940, or The Empire that Strikes Back in Star Wars, are purely coincidental.

Picture: I Photoshopped a Republican bumper sticker onto an F-16
Copyright the Lost Motorcyclist