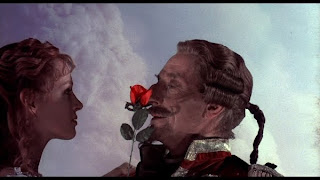 I never used to be very good at lying, and with recent advances in that art form I am getting left even further behind. Here are three recent examples.

In an unsolicited phone call, I was told that my computer was being monitored, and I had viruses, and that I should to download software from a given website. I asked if this was a prank call, and I was told, no, this is serious, and to call back at 1-201-338-6180 for confirmation. I then asked if they could tell me what operating system was on my computer, and was told it was Windows. I answered that it was actually Linux, and the reply was "Sorry, wrong number *click*"

Yesterday I was given a wind power petition to sign. I was a little suspicious of the obviously conservative wording. I saw in the fine print the petition had been initiated by John O'Toole, MPP Ontario, but it did not mention party affiliation. I asked which party he was in and I was told he was in the Liberal party. When I checked the Internet later, he was in the Conservative Party, (according to his own web site).

On Monday night, I watched a Fox video clip, where Megyn Kelly was expressing outrage about a Democrat in the US Congress who was referring to the Nazi "Big Lie" theory. That is the theory that if you tell a big enough lie often enough, it will be believed. The Fox reporter said repeatedly that the Fox News Network never used Nazi imagery for their opponents. Then Jon Stewart, of the Daily Show played several clips where Fox News was calling liberals Nazis. I have certainly seen enough of that myself, that I didn't need John Stewart to prove it. Megyn Kelly was using the Nazi "Big Lie" theory to prove that they didn't call other people Nazis.

There are so many lies, so openly and confidently told that we can no longer pretend to ignore them just for the sake of peace and quiet.

I came across an interesting dilemma (or at least trilemma) mentioned on the TV show "The Big Bang Theory", a weekly comedy show about four brainiacs and one hot blond. One interesting aspect of the show is that they do sometimes resort to un-dumbed down dialogue. So according to this show, apparently the Münchhausen Trilemma, explains why it is difficult or impossible to ever know the truth. And by extension, maybe there is also no such thing as lying.


From Wikipedia: The Münchhausen Trilemma

"If we ask of any knowledge: "How do I know that it's true?", we may provide proof; yet that same question can be asked of the proof, and any subsequent proof. The Münchhausen Trilemma is that we have only three options when providing proof in this situation:

* The circular argument, in which theory and proof support each other (i.e. we repeat ourselves at some point)
* The regressive argument, in which each proof requires a further proof, ad infinitum (i.e. we just keep giving proofs, presumably forever)
* The axiomatic argument, which rests on accepted precepts (i.e. we reach some bedrock assumption or certainty)

The first two methods of reasoning are fundamentally weak, and because the Greek skeptics advocated deep questioning of all accepted values they refused to accept proofs of the third sort. The trilemma, then, is the decision among the three equally unsatisfying options.

In contemporary epistemology, advocates of coherentism are supposed to be accepting the "circular" horn of the trilemma; foundationalists are relying on the axiomatic argument. Not as popular, views that accept (perhaps reluctantly) the infinite regress are branded infinitism."

So now is it finally clear why nothing is ever clear?

Picture: From the movie Adventures of the Baron Munchausen, after whom the trilemma is named.
Copyright the Lost Motorcyclist