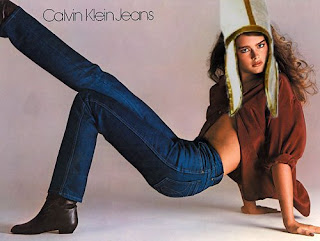 For at least 6 years, I've been promising myself to do something worth while before I leave this Earth. Now that I'm 61, I am going to start a new major religion, as I have gotten tired of the pro-war version of Christianity. I've got some of the details already worked out, such as my first step of joining the Toastmasters to learn public speaking. Another consideration is that I need a mostly new scripture, which I guess this blog is going to be the first chapter of. Although as I understand it, Google owns rights to my blog, but I plan to name the book "Google", so this would be Book of Google, Chapter 1, verses 1 to 8. I could probably talk them into letting me use my own blog that way.

Something I definitely want to get into my holy book is a section on safe motorcycling tips, and another on maintenance. Then for the rest of it, we can just copy selected peace and love verses from the Christian bible, as I believe it is public domain by now. And since we're going to be calling the first book Google, I don't see why we couldn't line up corporate sponsors for names of all the other books, I would very much like to see Tim Horton's and Canadian Tire as two of them, and there might be a sainthood in it for Timmy, too, at a little bit higher donation level.

Now for those of you who think this is sacrilegious, you should know that as soon as this religion takes off, you all will be equally sacrilegious for criticising it. At least this religion will not be twisting Jesus's words around to mean pro-war and pro-torture, like the right wing conservative Christians do, which is sacrilegious times two.

I think we can use some of the ten commandments, maybe the top 4. I will want to keep for sure "Thou shalt have no other Gods before me" as the Christians have that one, and we need to at least match it or we will have to get right to the back of the line.

For our own hell, we will need to come up with something better than the Christians. I'm thinking if we make it last longer than theirs, that'll be something to make them stop and think. And maybe a hotter flame than burning sulphur - what about atomic energy? Cheaper, and radioactive to boot. Christian hell will look like a spa by comparison. Just as well, because I believe they have reserved a spot for me there.

For the pope I want to say Brooke Shields, not just because of Blue Lagoon, but also Murphy Brown (No wait that was Candice Bergen. Oh well she can be the second Pope after Brooke, I might keep the Popes to about 4 years each.)

And finally, the piece de resistance, I want to recruit missionaries, and send them into the southern USA to convert the right wing pro-war Christians to this new religion (to be named later). We will have no ties to slavery to apologize for, no history of the inquisition, no dictums about stoning women to death, or slaying the Amalekites. Just peace and the sermon on the mount.

Get in on the ground floor, positions available for the first 12 people who leave a comment below.
Copyright the Lost Motorcyclist