Are Dictatorships Better than Democracy? 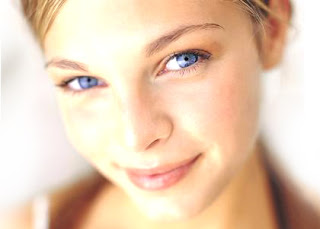 We are not supposed to call conservatives Nazis, despite some troubling warning signs. Conservatives who support torture, and wars of aggression, and military occupation of foreign territory, are not helping their "Nazi-Free" image at all.

But there is always an uncomfortable feeling deep down among some liberals that the conservatives secretly also would be in favour of dictatorship and genocide, if only it were "politically correct".

A commentary in the Financial Post on February 4, 2011 by Lawrence Solomon gives us a little taste of the reasons conservatives might favour dictatorships, as he argues the case for Hosni Mubarak who has ruled Egypt for over 40 years.

The article by Solomon is titled: "Egypt’s reformer", and "Mubarak can boast of economic, social and civil rights reforms that could go by the board under democracy".

I'm looking at Solomon's article, to find out why a Financial Post writer is unashamedly plugging for dictatorship.

"Next to just about any other Arab leader in the world today, the man is a teddy bear. During the Mubarak regime’s 30-year rule, Egypt has fought no war with any neighbouring country.

Well true enough, Egypt is a dictatorship that fought no wars against neighbours during Hosni Mubarak's time. But neither has the USA, though, and it is a full fledged democracy. However, Solomon has a point, if you include wars against non neighbouring countries, Egypt appears more peaceful than the USA.

"Neither did Mubarak invade communities within his country at odds with his regime. He returned to the Coptic [Christian] Orthodox Church more than half of the 1,500 acres of land that the state had seized in 1952 for the benefit of Islamic institutions and indicated an intention to have the rest returned."

"He decreed that churches and mosques should enjoy equal legal rights"

Under Hosni Mubarak, Egypt apparently has more rights for Christian Churches than the Christians in the USA want to give Muslim Mosques. In case you did not know, I am referring to the story of the mosque at ground zero. If Barack Obama was a dictator, he would also have gone against the Christian majority and permitted the Muslims equality to build a mosque at ground zero. But because the USA has no dictatorship, the majority (Christians) can get away with being unfair to a minority (Muslims). Truly one of the bad characteristics of democracies, that we need to be mindful of. Score another point for the dictator.

If you want to look this up, be aware the proposed "mosque" is not actually at ground zero, but within a few blocks. Here is the Wikipedia entry. http://en.wikipedia.org/wiki/Park51

How many times must I explain that terrorism is not as bad as everyone says it is. Compared to having a Hellfire missile launched into your home, most terrorist bombs are like teddy bears. Furthermore, if America was invaded and occupied by any foreign power, terrorism would become popular in the USA. Think of the nice American terrorism in the movie "Red Dawn".

Next Solomon gets to the heart of the pro-dictatorship argument, keeping the the Muslim religious fanatics in check. He has polls showing most Egyptian Muslims want Sharia law. And here is an interesting statistic:

"Mubarak officially banned female genital mutilation in 2007 — Egypt had had the world’s second-highest rate at 97% — leading to an immediate drop in the rate to 91% in just one year, according to the World Health Organization."

What I find especially interesting is that in 2007, 97% of Egyptian women had their genitals mutilated. Given that somewhere between 5 and 18 percent of Egyptians are Christian, that implies that the Muslims are mutilating some Christian women.

I wonder if this mutilation nonsense is really that important to us. Do we complain because 99.9% of Israeli men have their genitals mutilated? As for the "drop" from 97% to 91%, who cares? Both numbers are probably wrong anyway. I wouldn't be surprised if the exact same number of genital mutilations took place before and after the ban, but afterwards they were not reported as much. Come to think of it, given that the mutilations were banned, I'm actually a little surprised that 91% were still reported.

The ban was declared by Mubarak after this incident (from Wikipedia)

"A 12-year-old Egyptian girl, Badour Shaker, died in June 2007 during or soon after a circumcision, prompting the Egyptian Health Ministry to ban the practice. She died from an overdose of anaesthesia. The girl's mother, Zeinab Abdel Ghani, paid the equivalent of US$9.00 (£4.60 pounds sterling, €6.82 euro) to a female doctor, in an illegal clinic in the southern town of Maghagh, for the operation. The mother stated that the doctor tried to give her $3,000 to withdraw a lawsuit, but she refused."

Notice that the girl actually died from the anaesthesia, which of course would not have been required if there was no mutilation. And according to all the anti-Muslim propaganda, no anaesthetic is ever used. Many people die each year in the USA from anaesthesia, so how about we have a ban on girls in the USA getting breast implants under anaesthesia? Even though it would save lives, the ban could only be imposed under a dictatorship, right? So by this logic, a dictatorship is actually superior to democracy.

"In the USA, 467 medical malpractice payments were made due to anaesthesia related malpractice in 2002, and $338,190 was the average payment" (slightly reworded)

The real shock here is that the Egyptian woman was only offered $3,000 in compensation, compared to an average of $338,190 in the USA.

I found a nasty propaganda web page that presents these issues in the most horrifying way. But ironically, they claim to be "advancing democracy in the Middle East", not promoting dictatorships like Solomon is. Well, somebody has to be mistaken, so I'll let the anti mutilation people debate among themselves whether democracy is the cure or the disease.
http://www.middle-east-info.org/league/egypt/egypt.htm

But here is some free advice: If conservatives want to distance themselves from Hitler, they should not be arguing for dictatorship, or torture, or invasion of other countries, or genocide. Because if anyone is arguing in favour of these planks in Hitler's platform, they should expect to be compared to Hitler.

Picture: I took it from a website promoting cosmetic surgery, this woman was apparently a nicely done job. (we don't like to call our stuff mutilation even when it is truly messed up) http://cosmeticsurgeryhospital.org/cosmetic-surgery-news/cosmetic-surgery-no-fairy-tale.php
Copyright the Lost Motorcyclist