The Toyota Verdict is In 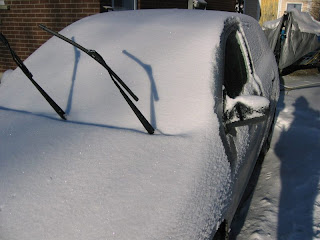 By The Lost Motorcyclist February 2011

The Toyota electronic engine management system is not guilty for the sudden unintended acceleration. The tests were run for months by the US government, with NHTSA and NASA contributing.

Unfortunately, Toyota is not out of the woods yet. If indeed this was mass hysteria, several other things need to be cleared up. For example, most people seem to think that only Toyotas have experienced SUA (sudden unintended acceleration). If that were actually true, then this verdict is only the start of the investigation. However, it is not true, and if the hysteria is to stop, then that information needs to be publicised.

Also, when people become convinced of a false story, their first reaction when being confronted with evidence to the contrary is to dig in even more. That is why many first reactions are similar to "No surprise, the US government was paid off by Toyota". Those people are not going to be convinced by anything unless it proves Toyota guilty.

It is actually very difficult to prove that nothing can go wrong in a complicated computer system. But a far more complicated system, also involved in the crashes, that was not tested by the NHTSA, was the human brain. The NHTSA was very reluctant to call it driver error, preferring to use the term "pedal misapplication" for the majority of fault reports.

In the now famous case that touched off the hysteria, the throttle was stuck under the carpet, and a presumably competent driver (police officer no less) was unable to shut off the engine, or shift into neutral, or apply the brakes properly to bring the car to a safe stop. According to the US Government, the correction will be to have a brake override on all cars, so that applying the brake will reduce engine power. A second corrective action will be to make the engine easier (or more intuitive) to turn off in cars (ALL cars) with keyless ignition. Both of those, (currently not required by law) in my opinion amount to making cars more "idiot proof", no offence meant to anyone who is not present to defend themselves.

This Toyota SUA scare is a classical mass delusion. The basis for most human delusions is a brain fault (*or feature!) called "selective awareness". This is how it works. When too many things are going on that don't affect you directly, you tend to not notice them, they become part of the background noise. Then for whatever reason, if you should become aware of one particular type of thing, suddenly you will get overwhelmed by how many examples there are of that type of thing going on. Meanwhile you will remain completely unaware of the rest of the "background noise". Let me give you a simple example. You drive to work each day not noticing which types of cars are all around you on the highway. But then one day, you decide to buy a Toyota RAV4, you visit the showroom and look the vehicle over. The next day, I guarantee you will notice every RAV4 that you pass on the road, and you probably never realized how many there were.

The truth is that all carmakers suffer from the same, or quite similar, problems. Most of the time people turn a blind eye to car accidents causing death because this goes on all the time. People do not want to give up their cars so they ignore the accident statistics. In the USA, that amounts to about 40,000 people killed each year. There were 5 Toyota deaths supposedly due to SUA over several years. Then one famous accident gets everyone's attention and suddenly people open their eyes to accidents, but only Toyota accidents. All the other accidents are still going on in the background, but nobody is paying any attention to them.

Toyota got in a very difficult situation where everything they did made the hysteria worse. First of all, they did not report the floor mat jamming the gas pedal right away, and were eventually heavily fined for it. I still don't understand why they needed to report to the US government a "flaw" where a floor mat slides over a gas pedal and holds it down. I don't even consider that a vehicle flaw, to me that is more operator error. If that happened to me, I would not go to the dealer to have it corrected. (but I don't have the official Toyota heavy duty floor mats)

Then, Toyota made things worse:

- apologised for the deaths and took responsibility
- recalled millions of cars (to straighten the floor mats?!?!?)
- did not blame the drivers for being stupid
- did not present statistics proving they were not the only car models with SUA accidents
- did not put the blame on the American throttle pedal manufacturer.
- did not press charges against the driver who deliberately crashed his truck into a Toyota showroom and blamed SUA

This behaviour is typical Toyota corporate culture, unfortunately it did not serve them well with a hysterical American car market out looking for blood.

Picture: This is my car. Yes it is a Toyota, but I do not work for Toyota. I will brush all the snow off before driving away. But if I didn't know how to do that, I would not blame the car for not having a "Blocked Vision Override".  (One day we may have to have those.)
Copyright the Lost Motorcyclist