Hating on the Hatch 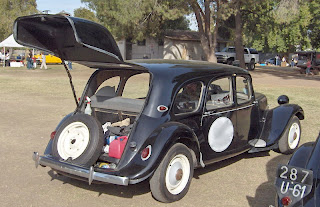 Here is the Wikipedia entry. Interesting comment in there that hatches are only popular in Europe and a few parts of Asia! There was no citation available for this opinion, though.
http://en.wikipedia.org/wiki/Hatchbacks

The first hatchbacks were introduced in North America when I was in Africa in about 1969-1972. When I got back home, I had a lot of other changes to distract me from the fact that some cars now had a hatch instead of a fixed rear window.

The Honda Civic started out as a hatchback in the seventies. Now we can't get a Civic hatchback in North America, even though they are available in Europe. I am told the reason for this is that Americans hate hatchbacks. But I love them, and have never bought a sedan type car ever. I did a bit of research into the supposed hate for the hatches.

From comments on the Internet:

Enough of Internet comments. Now for some things left unsaid. There is the gay consideration, as there is with every issue from wearing hockey helmets to putting mustard on a hot dog. How gay are hatchbacks? Not particularly, if you check Gaywheels.com top ten list.
http://www.gaywheels.com/ten_most-researched_rides_at_g.htm

Now in my own opinion, the real reason why hatchbacks are out of favour compared to sedans in America is that if you need to dispose of a dead body of someone you just shot, a trunk is the ideal place. Same deal for pickup trucks. Why does no one mention this on the Internet?

Seriously, though, a practical consideration of storage space. The trunk on a sedan is better than a hatchback in case you ever get in an accident, because if you keep them in the trunk, your tool kits and axe collection will not be flying into the passenger cabin. But on the other hand, if you don't have to worry about an accident, you are more likely to be able to fit large objects into the back of a hatch than a sedan.

Another practical difference is that a hatchback's back window gets dirty on a wet road. Same for station wagons, SUVs, and minivans. Sedan back windows stay remarkably clean, and I have never seen one with a wiper/washer setup.

We are getting a few new hatchbacks this year like the 2011 Ford Fiesta and 2012 Focus. Soon the Fiat 500. And we have a fair number of decent hatchbacks to choose from. Other hatches include the Mini, the VW Golf, Mazda3, Mazda2, Audi A3, Kia (Forte and Rio), Toyota Matrix, Scion Xb, Nissan Cube, Volvo C30, Nissan Versa, Subaru Impreza, Honda Fit, and Smart Fortwo.

Picture: one of the first hatchbacks, a Citroen from http://en.wikipedia.org/wiki/Hatchbacks
Copyright the Lost Motorcyclist