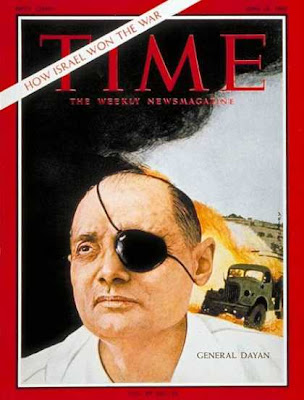 It was surprising to me to learn that Israeli Commandos had rappelled down from helicopters and landed among the protesters on the Gaza flotilla, then the soldiers had their guns grabbed away and were beaten up. Every time I see commandos rappelling in a Hollywood movie, things go way better than than in the IDF video.

The Israelis, of course finally got the upper hand in this incident and killed nine of the boat people, and arrested the remainder.

This whole situation got me thinking about Israeli tactics in general, which have in the past have been usually well thought out compared to almost any other country. And most effective, period. Best timing best teamwork, best execution, and best final outcome. But lately, it seems they are either getting more sloppy or maybe something worse: plain stupid.

There is always a possibility that the Israeli government actually wanted to cause a melee resulting in death to some people. Or maybe they had a need to show off the rappelling skills of their commandos in a real life situation. I will put off discussing these possibilities to another time. But if they were merely trying to inspect the relief supplies to stop rocket-making materials from getting through, there were safer tactics to use than rappelling.

Typically, rappelling is used to get soldiers close to an area where they have some kind of tactical advantage, and there is no other way of getting them there. Such as the roof of a building occupied by hostage takers. But that would assume the roof is not crawling with hostile people, and that you have an element of surprise. Otherwise, you are dropping your soldiers one by one, in a vulnerable state, into an immediately dangerous situation. If there is no surprise, and no clear landing area, they can get badly hurt, even by an unarmed crowd of people.

So in hindsight, we could say the rappelling exercise was not appropriate.

And on a larger scale, the decision to stop the boats with military force is kind of inappropriate, too. Egypt controls one of Gaza's borders, and Egypt opened its border to relief supplies after the flotilla was captured. I am not sure why Egypt was cooperating in the blockade of Gaza, but it probably had something to do with the fact that Hamas would try to overthrow Egypt's government if they could get out of Gaza into Egypt. Anyway, in the face of mounting outrage over the blockade, Egypt decided to open the border, thereby putting a leak in the airtight blockade.

So not only does Israel look bad on a small scale in rappelling, but a larger scale in cracking the blockade itself, risking Egypt's cooperation by stopping one flotilla with heavy force.

Then scale it up another notch, and you have Iran laughing all the way to the UN. They support Hamas, they send Gaza rockets to be used against Israel (and fairly harmless rockets at that), then watch gleefully as Israel vents its considerable fury against innocent Palestinians in revenge for the rocket fire. Thereby Israel loses support of the international community, which can only be to Iran's benefit.

Not just the international community disapproves of Israel's treatment of the Palestinians, even in the Jewish community in the USA, Israel is starting to lose favour. Once Israel was the holy grail for Jewish and Evangelical Americans, now even Jon Stewart says you can't keep on ignoring the suffering of the Palestinians.

My computer will not play the video of yesterday's Daily Show on the Internet, but others have commented in the links below.

"I was a pro-Israel activist back in my days on campus. I was the leader of about 50 kids (on a campus of several thousand) who tried to convince our indifferent fellow students of the importance of Israel.

I even was given a free trip to Israel where I was taught how to combat "anti-Israel" propaganda on campus. (It was not just a week, like the Birthright trip, but two free and wonderful months.)

All my friends (or almost all) felt about Israel the way I did then. We were an embattled minority, but we knew we were right. (The occupation, still new, was infinitely less onerous then than it is now. There were no more than a few thousand settlers. And, back then, no Arab state recognized Israel's right to exist.)

Today, not one of my friends from those days feels the way we did then. It is not so much that our feeling for Israel disappeared, but that the situation changed. Even in the 1970's, none of us would have supported a settler-dominated Israeli government or the horrific Gaza war."

I always thought that though Israelis were a bit ruthless, at least they had brains. Now I'm not so sure of the latter. Where is a Moshe Dayan when you need one?