Worrying about Motorcycle Safety for Others 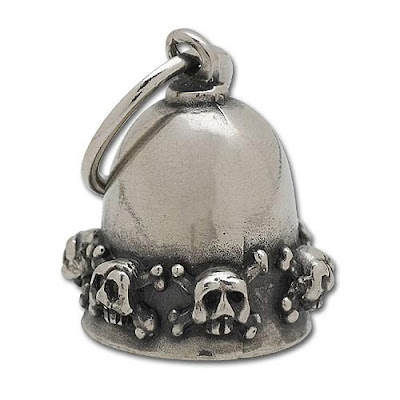 This may be a stupid thing to say, but I now seem to worry more about other people being safe, than I do for my own safety. I suppose it may be natural, as my wife and all three of my sons ride motorcycles. But keeping myself safe is one thing. Keeping other people safe is quite different, and up until today I did not have any idea how to do it.

Also, I have been riding a motorcycle for forty years now without an accident, and the suspense alone is killing me. And until three years ago, I had not even had a car accident ever since my first accident, where I rammed a police car, and that was 46 years ago. Since then, up to now at least, my driving habits seemed have proven themselves.

But one thing I do know is that I am not able to impart this wisdom (or luck, depending on how you see it) to other people. Other people I know have gotten into accidents, some with serious consequences.

A few weeks ago, Michael got a bee in his helmet and, with that distraction, crashed the bike into a curb which resulted in a fall and a bent engine crash guard. As we were trying to straighten it out yesterday, I started thinking it must have taken a lot of force to bend the crash guard, because we could not straighten it. It could have been a nasty accident if his foot got in the way and broke the fall instead of that mangled crash guard. Then today at the motorcycle shop, I spotted a display of motorcycle charms called Biker Bells. If you hang one on your motorcycle it wards off evil spirits. Michael noticed some had skulls on them, and I speculated maybe there were some charms to attract evil spirits and other to ward them off.

Michael and I have a different way of looking at the world, and of course our approach to motorcycle safety is also different. What works for me is science and reason. His way is more mystical. He may argue that for all our science and reason, we know practically nothing of the workings of the human brain. For all we know, there may be some mysterious force in the universe that the brain channels for its energy if we think in certain ways.

For example, why is it that patients in medical drug experiments experience the "placebo" effect. That is where a patient believes they are being treated with a drug, and so they get well even though the experimental "drug" they were given was a fake tablet?

So this gave me a brilliant idea. Charms to ward off evil spirits would not work for me, or might even go the other way and attract evil spirits. But maybe other people respond positively. It is not impossible that a "charm" installed on the motorcycle might actually have some mysterious effect on the mind that might result in no more spills, just like the placebo effect. Maybe its worth a shot.