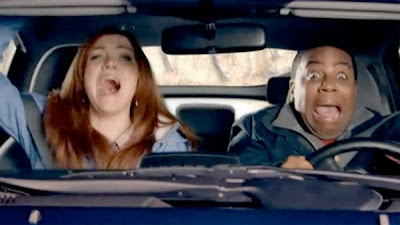 People are incredibly bad at risk management. BP's estimate for the gulf oil spill was 75 million dollars liability for the worst possible accident, but the reality is going to be more like at least 20,000 million dollars.

The fundamental idea of risk management is that first, you must know the cost and second, the likelihood of an unplanned event. And then be able to do some simple math.

Ten years ago I was trying to set up a small computer software company. I found out that I better keep this quiet or my home insurance would skyrocket. Apparently, my home insurance company considers writing a computer program at home to be high risk, and I would have to pay double or triple for my home insurance. Then I tried to rent a table to display the program at a business convention. The insurance cost alone for the three day show would be $5,000. It was considered a great risk that I might sell a program that would create a huge amount of damage, and the show organizers might be sued. My program was a database for tracking the location of wires in a building. The way it was explained to me, was that all software could be easily modified, and what started as a wiring database could end up as a space shuttle guidance system. And today, of course it could have been modified again to guide BP drilling platforms.

Was that $5000 insurance warranted? Of course not. It was not only outrageous, but also stifling free enterprise and entrepreneurship.

Meanwhile, BP, drilling one of the deepest oil wells ever, estimates that the worst case scenario is a 75 million dollar cleanup tab. Who exactly is making these estimates that are simultaneously destroying the ecosystem, and stifling entrepreneurship? Because they are not accountable to anyone, and they are making monstrous errors at the same time, and everybody suffers in the long run.

My relatives worrying that I might be at risk driving my Toyota Matrix. Even if it was on the recall list (it was not), the chance of an accident, using the most extreme figures is only about 2% more than any other car. While my motorcycle is 500% more dangerous than a car, using statistics gathered from traffic accidents. Logically, I would be much safer in the Toyota.

I was visiting the shopping mall yesterday, where there are two small wind turbines on the roof. People were up in arms when they installed these turbines, afraid apparently that a blade might fly off an injure someone. I guess that likelihood would be about 1 in 100,000,000. But nobody seems concerned at all about the fast moving cars everywhere in the parking lot, posing a much greater danger to pedestrians and their children than those small blades ever would. I would certainly not step off the curb to get away from the wind turbines, and put myself in front of the traffic. So why the protest over the wind turbines but not the cars?

Picture: Saturday Night Live skit illustrating the risk assessment of driving a Toyota. By the way, it seems that the press has now forgotten about Toyota in the wake of BP's oil spill. And so the fear of driving a Toyota subsides, and so do the number of reported unintended accelerations.
Copyright the Lost Motorcyclist