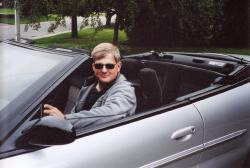 Yesterday I attended one of the "Third Age Learning" lecture series that Mary Ann has signed up for. I could go for $5, as a guest. Two to three hundred seniors are signed up for these lectures by respected authorities in various subject areas. The subject yesterday was: "Rural Economics and Green Energy in Ontario: It's not easy being green" by Glenn Fox, University of Guelph Professor.

I was quite appalled that this turned into what I thought was a one sided presentation of everything that was wrong with the renewable energy initiative in Ontario and in Europe. I didn't hear one thing that was right about green energy.

I am guessing that some of the 300 or so member of the audience were taken in, even though I did not interview every member of the audience afterwards. That's because Glenn Fox did sound "fair and balanced" without actually being fair or balanced. He avoided most of the outrageous claims of the anti-wind power advocates. Even when he was making an obviously outrageous claim, he presented it as an unlikely possibility. Also, being a university professor in economics, you would not have any reason to suspect him of twisting the truth. Of the two people in the audience we did actually talk to after the lecture was over, one of them was outraged at this one-sided presentation, the other stated that they thought it was fair and balanced. I don't see why a lot of other people would not match this very small sample.

The presentation itself was strictly from an economic viewpoint. With many statistics, bar charts etc, the professor made a case that renewable power was more expensive than hydro electricity, coal, gas, oil, or nuclear. In fact many times more expensive, given our current price of electricity to consumers in Ontario.

The same was done in Europe, going especially into Denmark's alternative energy and Spain's. Glenn stated that Denmark lost a huge amount of money to Norway and Sweden, who bought excess wind energy at cheap prices and sold back Hydro energy at peak prices.

Then he matter-of-factly stated that there was no known inexpensive way to store electrical energy from wind power, even though the case of Norway and Denmark was an example of how Hydroelectric generators can be used for this purpose, and how Norway was making money on this principle.

The professor even managed to toss out a few truly outrageous claims without anyone being able to call him on it because of the humorous way he did it, for example some Russian scientists have advanced a theory that oil in the ground does not come from geological plant matter, it it spontaneously generated.

When asked about the fact that oil is non-renewable, Glenn Fox mentioned that new technology could extract ever more oil from the ground, and that we had no idea how much oil could be discovered in the future. And yet, he never pointed out that speculative "new technology" could also help with renewable energy.

One question I asked was about his assertion that 5 jobs in Spain had been lost for every megawatt of wind power installed. I asked how this was possible, and he admitted that while there was more employment in the electrical segment of the economy, the rest of the economy had overall lost jobs because of the increase in the price of electricity, which he said had forced businesses to close. What this sounded like to me, was that this "fact" had assumed that every job lost in Spain was being blamed on wind power, because I don't believe it is actually possible to directly connect any single unrelated job loss in an economy to the cost of electricity. Anyway, this "fact" should have been the subject for a debate, or not presented at all, but it was simply presented as a truth. Many people might have come away with the idea that wind power normally costs the economy 5 jobs per megawatt, simply because it was impossible or unrealistic in the context to challenge the professor. (Questions were to be written on a slip of paper and handed in anonymously, which discouraged confrontation. This is the format of all the lecture series apparently, and yes it makes sense in a fair minded lecture, but not if the professor is only dealing to one side.)

I would not have minded if this lecture was any way fair to the controversy, and yes, there is a controversy. But the professor never even stated why we were trying to use renewable sources in the first place. Unless Mary Ann had asked about running out of oil, I don't think that would have received even a mention. Glenn made no mention of global warming or climate change, other than a reference to possible environmental costs that might theoretically be added to any of the energy alternatives. It was never mentioned how much these costs might be, though. And it was obvious that these costs would never really be added because they could not be quantified by conventional economists or accountants.

There was no mention at all of the amount of money that Middle Eastern wars have cost us, even though I wrote a question about it on a piece of paper and handed it. It was simply skipped over. I could see there were several other questions he also just skipped over without having to even mention. At least if questions are asked from the floor, the audience gets to hear the question and maybe it will give them something to think about, even if it is ignored.

In the end, I was quite resentful of being ambushed by this 2 hour long brainwashing session dressed up as an educational opportunity.

Further research into Glenn Fox finds him on the Fraser Institute website, a conservative think tank in Canada. He participated in "Taking Stock of Environmentalism", a research paper attacking "The Precautionary Principle", which may be one of the philosophical foundations of environmentalism. The paper is available for free download from their site. I hope it's not an April Fool's joke, but the date of the paper is April 1, 2000.

Glenn Fox's contribution to the paper was described:

Picture: Glenn from his UoG web profile. The subliminal message given in Glenn's picture is "gentlemen, start your engines". I should give him some credit, at least, for not being in the driver's seat of a Hummer.
Copyright the Lost Motorcyclist