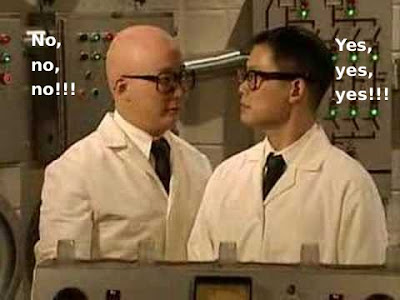 A scientific approach to the truth is to take all available facts and evidence, and create a hypothesis that explains all of them.

What is a hypothesis? It is a proposed explanation, a theory, an idea, an insight into how certain facts might occur. Let's take the theory of a round earth. At first, this was a good explanation of why the shadow of the sun was at different lengths at the same time of day, at different latitudes. It also explained why ships masts appeared first as they came over the horizon. I was further proven by people sailing around the world, and by pictures taken from space. No fact or evidence yet discovered has ever contradicted the theory of the spherical Earth. So that was so far a good hypothesis. But of course it did not prevent the Flat Earth Society from organizing and trying to disprove it.

The most powerful tool of the scientist is the "Peer Review" process, where a hypothesis or experimental result is published in a journal that goes out to all the scientists in the world to read, and criticize. Other scientists around the world attempt to duplicate the experimental results, or the mathematics, looking for errors, trying to come up with a better hypothesis. In this way, certain hypotheses are accepted by the scientific community, adding to humankind's total body of knowledge, and becoming part of our educational system.

Scientists are funded by university professorships, by government grants, by charitable contributions. All with the idea that they must participate in peer review, and their results must be made available public, and that they are not trying to prove one given point of view, but to seek the truth wherever that may take them.

If any falsification or bias in the logic is detected through peer review, a scientist loses their reputation and possibly their teaching or research post.

With propaganda, a hypothesis is created first that seems plausible, and more importantly, supports the ambitions of an interest group, who we may call the propagandists. For example, proving that cigarettes are good for your health, and do not cause cancer would be good for the tobacco companies. A propagandist pays for research, and the more money the sponsor has, the more they can pay for literature, opinion pieces, TV channels, radio programs, conferences, think tanks, speeches and videos that support their hypothesis. They do not pay for any that may disprove their hypothesis.

No peer review process is required for this research, and hypothesis may be spread via email or TV, radio or newspapers directly to the public.

The propagandist tries to recruit the support of other people by making them think they also have a personal stake in the same outcome, that is they would also benefit in some way from the given hypothesis being true. Although the secondary supporters may not gain much monetarily, the sponsor will try to make them think they have something to lose if the pro-smoking propaganda is proven false. For example, the smoker would be prevented from smoking, if this pro-tobacco propaganda eventually proves false.

You may call these the secondary sponsors, or the supporters of the propaganda. While not gaining vast power or wealth, they do have a small stake in the outcome, and they become allies of the sponsor.

If the propaganda eventually proves to be actually true, then no harm is done, of course. Maybe even great good will come of the propaganda. But unlike Scientific reasoning, propaganda does not allow for examination of every detail. By its very nature, propaganda hides facts, and ignores non-positive results. The sponsors and their allies develop the same habits of ignoring facts. The habit of ignoring facts becomes ingrained and so automatic they are not even aware they are doing it. If there is any truth to propaganda, it is only by blind luck, and is really quite rare.

So while a scientific inquiry would instinctively home in on anomalies, and data that does not support the hypothesis, adherents of propaganda will just as instinctively ignore inconvenient facts. This can take the form of simply ignoring a question or statement and replying with another topic altogether. Changing the subject. Accusing the questioner of being insulting, or attacking the character of whoever questions their hypothesis.

You can pretty much tell in any argument between a propagandist and a scientist, how the argument is going to go. The scientist will present a hypothesis that they think explains all the facts. The propagandist replies with one or two new facts that hope to destroy the hypothesis. The scientific person methodically looks at the new facts for confirmation that they are true or not, and comes back with the findings. If these new facts have been discredited, the propagandist ignores the reply and will then come back with even more new facts to disprove the hypothesis. The cycle continues, with the propagandist heaping up a virtual mountain of easily disproved facts. A scientist treating each one as if it were important, is wasting their time.

Net result? The average layman thinks there is a controversy, and that nobody really knows the truth, and the truth itself may be unknowable. This result is exactly what the sponsor wants, as they can now carry on with their business of making money, spoiling the environment, bribing politicians, raping the land etc. etc. Business as usual.
Copyright the Lost Motorcyclist