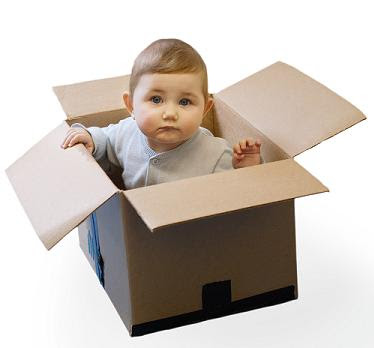 I wish I had bookmarked this comment, but I didn't and I can't find it. However, I have decided it is an important enough issue, just on principle, for another Public Service Announcement"

The comment was made in response to the Toyota Sudden Unintended Acceleration problem. The issue is turning off the engine, where on a keyless ignition, at highway speed, you need to hold down the button for three seconds before the engine shuts off.

One commenter had something like this to say. My baby is sleeping in a room right in front of where I park my Toyota, and is protected only by a flimsy wall. The truck could easily reach and kill the baby before I can say "one-Mississippi two-Mississippi three-Mississippi" and shut the engine off.

This particular comment does not appear so extraordinary at first, but it popped back into my head later. Did this person convert his garage into a nursery for the baby? That would explain the flimsy structure, as the garage door might be flimsily boarded over to look like a wall. Anyway, lets look at all the problems with this scenario.

You should not put your babies in front of vehicles unless you have a reasonable barrier to protect the baby. This would go for all human beings, by the way. The most common way for an accident to happen here, is the driver gets in the car or truck, starts the engine, accidentally puts it in drive, instead of reverse, while forgetting to hold the brake. The truck lurches forward, and the driver is too shocked to respond, or worse yet, responds by mashing the accelerator in haste instead of the brake, compounding the problem. This is not a Toyota problem at all, and it is not entirely a stupid driver problem. It is a situational problem. You should not set up a situation where the vehicle could easily kill somebody if you make a simple mistake. Mistakes happen, so try to avoid setting up traps like this.

Now about the three second delay. This delay is only when the car is at highway speeds. When stopped or parked, the shutoff is instantaneous, just the way it works every other time the driver turns off the engine.

If you hold your foot on the brake, the car or truck will not move, even if you give it full gas. I have tried this with a sixties-era car, and brakes were not as good then, but the engines were pretty powerful before anyone started worrying about fuel shortages. And when the car is not actually moving, the brakes will hold the car as long as you can press your foot down, they will never burn up. On the highway, it is possible to burn out the brakes if you don't stop the car.

Another thought, is the truck parked uphill from the baby's flimsy chamber? Because in that case you may cause a lot of damage just by forgetting to put it in park or not applying the parking brake.

There are certainly two aspects to this story. I have had kids myself, and I know how hard it is to prevent them from getting run over by a car. They manage to escape in an instant, and head right for the nearest busy road to cross. It has happened to me. Drivers often speed through our quiet dead end street neighbourhood, until speed bumps were installed, and then they started taking short cuts over the lawns to avoid the speed bumps until a neighbour placed a rock ornament in the middle of the lawn. Now its a lot safer for kids. That's what it takes to protect kids. You baby would be taken away by a child protective service if you ever put your baby to sleep in a cardboard box in front of the wheels of a parked vehicle. The reason you do not have your baby taken away is only because your structure is stronger than a cardboard box. But how much stronger?

It's too bad that emotional situations like get dragged out just to add fuel to the Toyota hysteria. Many people get crazy when they just think of babies being hurt.
Copyright the Lost Motorcyclist