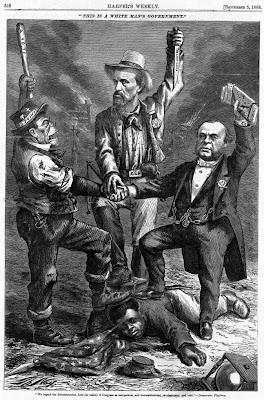 This report or editorial came from Philip Elliot (AP), 3 hours ago, about how the Republicans are attacking Obama on being insensitive.

The issue, of course is about propaganda. Obama has the best message, and that message, on a level playing field could damage the image of the Republicans, and hurt their chances in the next election. The problem is, that the media playing field is not level. In spite of the incessant propaganda telling us the media has a left wing bias, most of the media actually lean toward the Republicans. Fox News, the most watched 24 hour news channel is saturated with anti Obama propaganda.

In spite of Obama having clearly the better message, the Republicans are probably going to batter him in this round of the propaganda war.

Here is the Issue: A Muslim cultural centre has rented or bought a place two blocks from "Ground Zero" in New York.

Here is Obama's message: People of any religion are free to have meetings anywhere in the USA.

Here is the Republican Message: Obama is insulting the families of those killed in 9/11 by having a mosque built at ground zero.

If the media was unbiased, Obama should win this one. The Republican story has two glaring errors. It's not a mosque, and it's not at ground zero. Obama has a very strong point about freedom of religion, and another strong point that America has no grudge against Muslims, just against terrorists (of any religion actually).

But with a biased media, this story has the power to hurt Obama. After Fox News repeats their story for a while, echoed by the rest of the mainstream media, Obama is going to look like an out-of touch elitist who does not understand the emotional needs of real Americans.

If The Democrats try to fight back accusing the Republicans of racism, discrimination, lying and distorting facts, they are going to come off looking even more like losers.

I don't know how the left wing can win this propaganda battle, with Fox News standing guard against any reasonable Democratic arguments, but the Democrats need to send out this a strong reminder to America.

How about this message for example? "The real traitors to America are those who undermine its freedom. Liberty for all or liberty for none. You would think the Republicans, who claim to believe in "Land of the free, home of the brave", would be the most happy to have an Islamic cultural centre in New York."

The idea is to make the Republicans sound small minded and petty. Here are some specific messages to fight back on:

"Mr. President, ground zero is the wrong place for a mosque." Rick Scott

"Well I think it's another example of him playing the role of law professor. ... We can have a great debate about the legal arguments. But it's not about that," Minnesota Gov. Tim Pawlenty said in an interview Monday on Fox News.

Answer: So what is it about, Governor, if it not about law? Instead of the law, how about a group of angered citizens who band together to drive the Islamists out of town? Maybe this veiled reference to lynch mobs is too blatant. So word it a better, more subtle way, but this issue has to be fought, and fought hard if America is to survive as a free country.

Picture: Harper's Weekly Sept 5, 1868. Editorial Cartoon from back in a time when the American press was more balanced.
Copyright the Lost Motorcyclist