An Expensive Bike That's Worth the Money 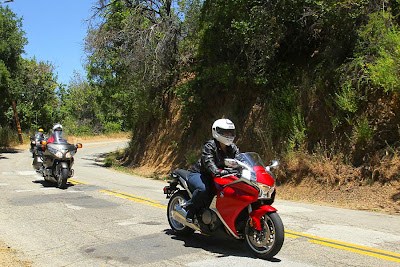 If we are talking about motorcycles in general, I would like to see an update on an inexpensive all purpose bike like the 1972 Honda CB350. But apparently that type of bike will never be a big seller again in this world where everybody starts out on a $10,000 600 lb bike and even at that insists calling it a girl's bike.

OK, so let's forget about practical, light, and cheap. Let's say I do have the $20,000 or so dollars to spend on a luxury machine. The revolution I would like to see is towards comfort and long distance riding, but all I see is more horsepower and more weight, and funnier looking headlights.

This Honda VFR1200 is a case in point. Funny headlight? Check. The Honda Funny Headlight Division must have put in a lot of overtime to come up with that one. I do not want to know how hard it would be to replace in case it gets hit with a rock above the Arctic Circle.

Lots of horsepower? Check. While I admit it's not trivial to produce 170 hp, I have no real need for it, unless you are at the Bonneville Salt Flats, or a racetrack. However, this horsepower issue has gotten so out of hand that I will need a whole other blog to explain why you don't need that much power, and how to ride a motorcycle with only 750cc and not get left behind in traffic (yes it can be done, so stay tuned).

Enough of what I don't need. What did Honda not manage to provide with all this development time, and with the high price of the bike? I want vibration control. My Vulcan 900 has a counterbalanced and rubber mounted engine, and it works adequately to smother the vibes even with a single pin crankshaft V-twin.

While the stylists were sweating over the shape of the headlight, they seem to have totally forgotten to protect my tender tootsies from the rain and the cold. Maybe they were not aware that I would want to actually ride this bike, and not just in the nicest possible weather. I would spend money on getting a bike that lets me ride on imperfect days. I don't live in California. And even if I did, I might want to travel somewhere else just for the fun of it. If I had decent weather protection on the bike. The trend of riding only on perfect days is not good for motorcycling in the long run, and needs to be turned around.

I am willing to pay money for a bike that can go a long way on a tank of gas. I don't know what is in the minds of people who buy an expensive bike that can barely go 250 km before running out of gas. But either they forgot to ask about the range before their purchase, or they never go further than the nearest local coffee shop. When I go to my nearest coffee shop, I walk. When I want to ride my motorcycle, I want to go to the furthest coffee shop I can reach by road. And the more money this bike costs, the further I want to be able to go.

When buying this luxury machine, I do not want to be forced to buy things I do not want, like a stereo, or a radio system. I might be tempted by gadgets like ABS, electric windscreens, instant fuel efficiency readouts, heated grips, adjustable handlebars, all-day seat, gear indicators, self cancelling turn signals, and backrests. Assuming they all work reliably, of course. 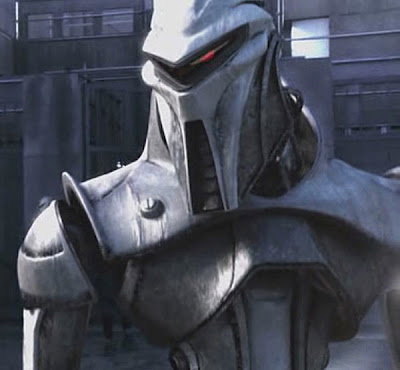 So throw all that stuff on a medium-weight motorcycle that is stable and can take the corners, that produces around 75 horsepower, with a slick transmission, and does not look like a Cylon Monster from Outer Space**, and I'll think about it. Oh, and I almost forgot. I like inline six cylinder engines too, and may be willing to pay a little extra for that.

Motorcycle Picture: From the Rippin Kitten blog. This blog is by a female motorcyclist, and is so popular that Kawasaki gave her a Vulcan 900, and Honda invited her to ride the new VFR1200 at the official unveiling in California. (although, as you will note they almost didn't let her ride because her helmet was not DOT approved) Obviously I will need a lot more readers for my blog before I hit those levels of payoff. Hopefully I can do it without getting any tattoos or ever watching "Sons of Anarchy" on TV.