How Intelligent is God, Anyway? 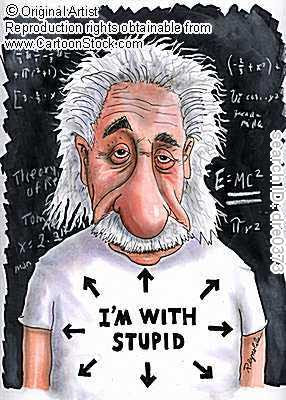 As our understanding of intelligence, and the brain has increased, it might be time to reassess our assumptions about God's intelligence. Either God's intelligence has a physical presence or not. Its not possible for me to tell whether or not God has a huge brain tucked away in some other dimension of time and space, so I will go on assuming God's brain exists in some way, and begin estimating God's intelligence.

In theory God is so intelligent that he never has faulty logic, he has unlimited memory, and so can remember perfectly everything that happened since the beginning of time. He can also figure things out in virtually no time, no matter how complicated they are, so he also has infinite speed both in processing logic, and in recall.

But God could not have infinite intelligence if his brain was made up of chemical synapses and neurons and brain cells, like ours. Because it simply could never work fast enough. So that should really put an end to any speculation that man is made in God's image.

By comparison to God's brain power, Man has very slow processing speed, flawed logic, limited memory both in size and in duration. Man suffers from mental dysfunction such as megalomania, delusions, superiority complexes, xenophobia, and dubious motivation. God does not.

Can the difference in intelligence between man and God can be thought of as similar to the difference between an Amoeba and a human? If not an Amoeba, (because it has no detectable intelligence), maybe a better comparison is an ant colony. Ants build cities, ants have slaves, cattle (other insects), grow fungus for food, and make war. So pretty much like humans, then. Maybe too much.

If you gave God a normal human I.Q. test, and if he actually took the trouble to complete it, and hand it in, you would find that He had completed the test in less than a nanosecond, and the only answers he had wrong were ones where the test question was ambiguous, or the official answer scheme was in error. In either event, His score would place Him in the top percentile of the test, way more than He needs to become a member of Mensa (top 2% of scores).

God does not need to get His information from Fox News, or any other TV channel or any newspaper, because He knows everything already. He also knows everything that has ever appeared in print or on TV and can recall it exactly. Along with every radio broadcast and phone call ever made. God has also memorized every page ever written, and every web page on the Internet, and every rough draft prior to publishing that page. He has even memorized all the art work that Kindergarten kids have made, and all the essays written by school kids. God even knows the every movement of every ant that has ever existed.

God does not get faked out by optical illusions, God is not distracted by bright flashes and loud noises. That means his eyes are not made like human eyes. Very likely does not have eyes as we know them.

Human thoughts and opinions can be messed up by peer pressure. God would never have problems with peer pressure (He has no peers.) God would not have double standards. It would be impossible for God to be prejudiced, or biased in any decisions. God does not have a problem with intelligent people asking questions or looking for answers. Also, God would never believe that He was created by God. And God can fact-check Fox News easily in real time, so he would never believe any misstatements He heard on that channel (or any other, for that matter).

So that leaves us with this eternal question:
If Man is so stupid as to not be able to figure stuff out, or even remember what he has managed to figure out, why does God actually care what man thinks about him? Do you care what an ant thinks about you?

In all of Human history, there is only one message that could conceivably have been given to us by God. It is the message of love one another. And what do we respond to that? We ignore it and instead we worry about whether Muslims are building a mosque too close to ground zero.

http://godisimaginary.com/video10.htm (How about a third answer: God is real but does not get involved)

http://en.wikipedia.org/wiki/Religiosity_and_intelligence (connection between education, intelligence and belief in God)

Also, my blog on what kind of motorcycle God would ride.
http://lostmotorcycles.blogspot.com/2009/12/what-kind-of-motorcycle-does-god-ride.html