An Apology to Hunters and Conservatives 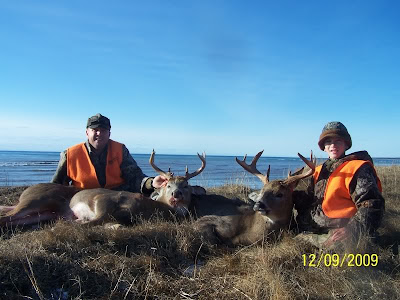 Last blog I quoted from a comment that was left on the Fox News website. I really should not have left a troll's comment without explanation, because doing so actually puts conservatives and right wingers in a bad light. And by doing that, I am simply generating left wing propaganda. So now I am going to explain it further and remove all the BS and propaganda from it.

Here is the quote again, from libtardhater67

"This guy was a worthless libtard! Too bad he is dead, I would have wanted him to know the last time I went hunting I took my last 4 oil changes from my pickup and my last 2 from my ATV and dumped them in the stream where I was. I was visualizing some crying libtard's face when he saw it. Then I killed two more bucks than I had tags, kept the largest and left the other two to rot. Take that, libtards! I hate the "environment"! We humans have the right to do anything we want to the environment."

To state the obvious first. Libtardhater67 does not represent all conservatives. I know some conservatives myself, and they would be shocked that he was dumping used oil into forest streams. And even the most extreme conservative "ant-environmentalist" would at the very least dig a hole and pour the oil in rather than have it float away on top of the water on a stream that could potentially be used by fishermen, or would be necessary to attract deer to a good hunting place. The oil stinks (especially to animals), coats the banks and is generally icky. So this statement by Libtardhater67 is obviously either designed to provoke anger, or make conservatives look bad, or if true, was the act of a not-very-bright person acting under the delusion that this was a political act to further the cause of conservatism. Ironically, exactly the same type of "worthless libtard" behaviour that Libtardhater67 was condemning on the part of a deranged gunman taking hostages at the Discovery Channel. The fact is, that oil spills are not a left wing/right wing issue. All sides come together on the need to prevent and to clean up oil spills. No side wants wanton destruction of the environment as part of their image.

Then, about killing three bucks and taking the largest, I can actually imagine that happening. But once again it is nothing to boast of, even to other hunters. Or maybe especially to other hunters. A good hunter takes a certain amount of pride in what they do, or they would not do it. That means they take pride in their ability to aim a gun (if they are using a gun, I know some who consider bow and arrow a real test of hunting skill). And they take pride in bringing in the biggest buck. But everybody knows there are ways to cheat, and there are some people who can neither hunt, nor aim a gun, who go around bragging of their "expert hunting skills" and their huge kills, while all they do is pay to sit in a prepared blind and wait for thoroughly tamed deer to come and eat food that has been set out for them months in advance. That, my friends is not hunting, that is a firing squad in a petting zoo. Even if they miss, someone else will finish it off with a good shot. Yes it offends some liberals - those that are also animal lovers. But there are also conservatives that are animal lovers.

I have done a little hunting myself when I was a kid, (very little), and I know that some hunters can hardly tell the difference between a deer and a cow, and often wound an animal with a poor shot rather than kill it with a clean accurate shot. The animal then might get away and dies later and rots because the hunter does not have the skill to follow it any more than they have the skill to shoot straight.

And finally I am pretty sure that even the most conservative of right wing extremists does not advocate that any human, no matter how retarded, has the right to do "anything they want" to the environment, no matter how destructive, no matter how dangerous. I'm thinking setting forest fires, but there are other issues too.

So libtardhater67 is just a troll. I'm guessing some 12 year old kid with a bad attitude (it happens!) who has liberal parents who he hears talking about things.

Anyway I want to correct any mistaken impressions I might have left with that last blog of mine. Conservatives are not as stupid as this troll makes them look.

Picture: Taken from this forum, (it is not me or anyone I know) the picture is set on Anticosti Island. Over a hundred years ago, my grandfather hunted deer for food, when he lived on Anticosti. There are still 200,000 deer on Anticosti Island, and many of them are so tame they come up to beg for food at picnic tables.
Copyright the Lost Motorcyclist