Executing Julian Assange from Wikileaks is Not Justice 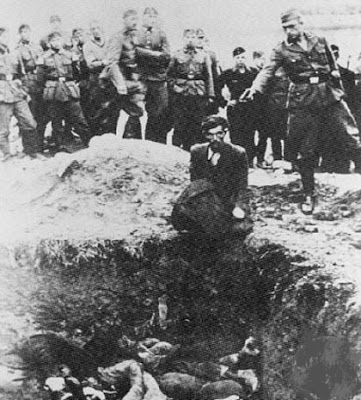 Julian Assange, founder of Wikileaks has been the target of a lot of threats recently, after releasing documents that were leaked from the US military.

My understanding is that no "Top Secret" documents were leaked, probably because they were better secured than all the other "Classified" documents. My impression of these "Classified" leaks is that they are more embarrassing than damaging. For example, a U.S. diplomat's opinion that the Canadian TV show "Little Mosque on the Prairie" is anti-American propaganda. That would obviously not be classified as Top Secret, but it is embarrassing enough that you might want to "classify" the memo to keep your opinions from the Canadian public.

I have not seen much in the way of really damaging leaked information that could get CIA operatives killed, but then not all the leaks have been put on the website yet. I guess the most damaging so far might be the revelation that the US is conducting air strikes in Yemen, where the Yemeni government was publicly claiming responsibility as cover. It seems to me that this should have been classified as "Top Secret" in the first place. And maybe somebody lost their job over this misclassification issue.

There has been a lot of extreme rhetoric about Julian Assange, and the U.S. Soldier who actually leaked the documents, Pvt. Bradley Manning. Bradley is up for court martial and could spend the rest of his life in jail. It seems excessive to me, but I can understand military discipline. What I can't understand is the desire to kill the founder of Wikileaks. After all, Bradley could have given the classified documents to anyone, and in fact could have given out a hundred copies all at the same time to a hundred different organizations, including the KGB if he wanted to. So how is it going to deter anyone from accepting secret leaked documents, if you assassinate only Julian Assange? If Julian passes on the documents to other people, you would need to kill all those other people too. In fact, if you look my blog right up above, you will see I have printed information that was obtained originally through these leaks, so I would be up for assassination too. If you assassinate everybody who prints something that was a "Classified" document, you have something just like Red China.

There was a call for assassination made on CBC TV by a former Conservative government chief of staff Tom Flanagan. (A similar position to Karl Rove or Scooter Libby in the USA?)

"Speaking on CBC's Power & Politics, Flanagan, who is a former Harper chief of staff, said Assange "should be assassinated" and that U.S. President Barack Obama "should put out a contract and maybe use a drone."
Flanagan later apologized."

I know Mr. Flanagan was smiling and chuckling while he said it, and so obviously no person in his right mind would actually think he was serious. Maybe. But many people in the USA have NOT apologised for calling for assassination. So maybe only the part about wanting Assange dead was serious, maybe not the part about assassinating him. This type of thing has happened before on TV, where Pat Robertson (for example) called for the assassination of Hugo Chavez, and later apologized. But he only apologized because assassination is technically illegal, and in the apology Pat suggested ways that Chavez could be killed legally.

Here is an opinion piece "Call it Treason" written by Ronald Reagan's son Michael, calling for Assange to be shot by a firing squad, and I am going to presume some kind of Gitmo-like trial would have been held first, to make it perfectly legal.

In his call for execution, Michael says "no question about how we should deal with people who give aid and comfort to the enemy — they’d be tried for treason and when found guilty stood up before a firing squad".

You have to say "If" not "When", in order for it to be a trial. I would also be found guilty and shot according to this sweeping statement. But my strongest objection is that this attitude is a double standard that only applies to Democrats or liberals. In other words, shoot me if you have to, but shoot any Republicans who leak documents too.

If it was a universally applied rule, then the people who leaked the identity of any CIA operative should be taken in front of a firing squad and shot. And if there was no automatic free pass given to Republicans, I guess that President George W. Bush would be facing the firing squad, as well as Scooter Libby, Karl Rove and Dick Cheney. Remember the Valerie Plame affair?

Actually, I don't think this vicious rhetoric is really intended to deter US leaks of secret information. It is just Republican propaganda to spread more hate and fear, and to put liberals on the defensive again. Of course liberals don't fight back against this type of ultra-violent double talk, because they are too liberal. Liberals want peace and justice, not killing and war.

Justice must be the same for all, no double standards. It does not mean I am calling for everyone to get the same number of bullets in the head. I mean justice in the liberal sense, that everyone is judged by the same written law, by the same rules, and they are guilty or innocent based on the written law and the evidence, not based on whether they are white or black, or liberal or conservative.

Here is another blog I wrote on the subject of double standard laws.

Where did I hear about Jonah Goldberg before? I argued against him back in July 2009, about his crazy right wing opinion that Canada should be bombed by the USA to get us to join the war on the American side.