The Lord of the Rings Helps Those Who Help Themselves 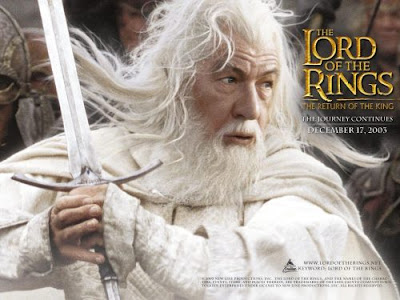 As our thoughts turn toward the real meaning of Christmas, Bill O'Reilly puts the thoughts of Jesus into words that even Fox viewers can understand.

"Jesus was in favour of charity for deserving cases, but the cold hard facts are that we cannot afford to help everyone. Jesus was not self destructive. The Lord helps those who help themselves."

I may have mixed up some words, from this video here:

One comment left by a viewer, defending Bill O'Reilly:

"To be fair every year people DO abuse ALL government programs, and that HAS to include welfare. Or do you people not remember Ol' Dirt Bastard collecting benefits while also having a gold record on a TV show years and years ago?"

I replied with this

"It is a misuse of the phrase "to be fair" if you only mention one type of abuse. To really be fair you need to give equal time to abuse of faith based charities, and abuse of corporate subsidies. Mentioning only one type of welfare abuse is not what I call fair."

Selective examples, such as welfare abuse, distort the truth. For example, to be fair to Hitler, some Jews did murder some Germans. Just because something is true, does not mean it is actually fair to mention in an argument, without any context.

I suspect that this phrase is a favourite of rich conservatives, right up there with "Charity begins at home". I think both phrases are self serving, and I try to avoid using them myself.

So is there a real meaning of Christmas hidden somewhere in the Bible? We sure are not going to get this message by watching TV, if Bill's speech is typical of the most popular TV news network in America.
Copyright the Lost Motorcyclist