Little Ice in the Gulf of St Lawrence for the Seals 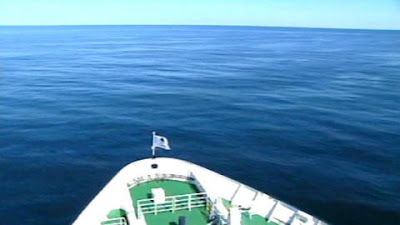 A story about the annual seal hunt was briefly mentioned on Radio Canada news on TV (in French). Just to recap: 30% of the annual eastern seal hunt in Canada is in the Gulf of St Lawrence, a large sea area bounded by Quebec, Newfoundland, Nova Scotia and New Brunswick. Usually the seals have their pups on pack ice which is always plentiful in the gulf at this time of year.


But in 2010, the Gulf of St Lawrence for the first time has little or no ice for the birth season and the seals are either having their pups in the water, or some are having them on the beaches or rocks. In either case, the survival rate is quite low, although it may take some time to figure out the true effect of the lack of ice on the seals. http://www.harpseals.org/resources/news_and_press/2010/seal_hunt_10.html

This comes at a bad time once again for the hunters. Although they have seen prices drop from $100 to $16 per seal pup since Europe banned the import of seal fur, medical research has indicated that baby seal heart valves may be superior to any existing heart valves used for transplants to humans. If this proves to be true, the seal hunt would be set to stage a comeback.

I would like to see this whole seal/ice story get more coverage for two reasons. First, to show that the seal hunt is really not that cruel, if you compare it to the hardship and suffering in nature, rather than the coddled life of human pets. And second to offset the anti-global warming stories that multiplied as the Eastern USA had a bad winter. Environmentalists could have a propaganda windfall with this, if they used it like they did the stories of polar bears drowning.

Also, for people who happen to think that an ice-free Gulf of St Lawrence is a good thing, the Magdalen Islands are suffering a major amount of erosion this year, and it's going be expensive to save some of their exposed real estate. Pack ice along the shore usually acts as a barrier to the waves from spring storms.
Copyright the Lost Motorcyclist