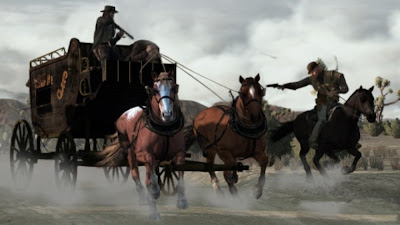 By The Lost Motorcyclist, March 2010

Ironically, the invention of the first motor vehicle was seen as a solution to the old problem of runaway acceleration. Back in the days of the cowboys, it was a real problem to halt a runaway team of horses. The brakes were just a stick rubbing on the wheel to stop the coach from running into the back of the horse on a downhill. One solution of course was to climb on the backs of the galloping horses, and walk your way to the front and grab the head of the lead horse, who usually had the bit between his teeth. Another way was to use a gun, but that involved killing one or more of the horses. It was better than killing all the passengers.

I noticed during the congressional hearings, that some representatives asking questions were completely unaware that runaway acceleration has always been with us. Runaway acceleration is not an exclusive Toyota problem, and reappeared soon after the horseless carriage was invented. It also does not apply only to Toyota. Just two weeks ago my sister had a case in her 2003 Honda Civic.

You can't solve an intermittent problem by completely tearing apart one or more cars. From a purely scientific, logical point of view, you should sort the problems into various categories, and resist the temptation to blame evil spells or magic.

A runaway acceleration reports might fall into one of these categories:

The various safety backups failed to prevent the accident
- There was no time to try to control the car (close quarters)
- Brakes failed to slow car at all
- Brakes initially worked, but eventually gave out and burned up
- Brake/throttle interlock failed (if so equipped)
- Shifting car to neutral was not possible/not tried
- turning engine off was not possible/ not tried.
- Car driver panicked no action was taken
- driver panicked in stressful situation, acted irrationally and made things worse

Picture: I photoshopped it to look like a runaway stagecoach with the outrider preparing to stop the horse by other means.
Copyright the Lost Motorcyclist