Horsepower Alone Does Not Equal Speed 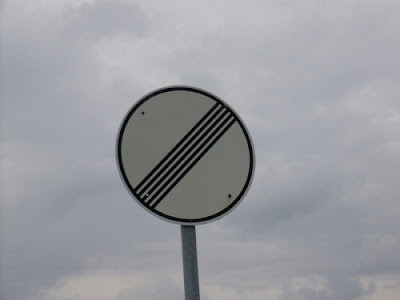 Motorcycles keep getting more powerful, and according to many motorcyclists, the speed of the bike is to be judged by the power of the engine. That is just plain nonsense unless you are actually driving at the Bonneville salt flats, and even there you may sometimes find that engine power is not what is limiting your speed.

In my experience, what limits your speed is the enforced speed limits, the congestion of the roads, and the condition of the roads, more or less in that order. I guess a lot of other motorists don't see it that way, simply because they have never really experienced anything different. Well, in my first three years of motorcycling, I never saw a radar trap, or a police car, or even a speed limit sign. So of course it was a shock to me to come back to Canada where, other than a mall parking lot, there is no place in the entire country without a posted (or at least stated somewhere) speed limit.

Only once in Canada did I have the opportunity to ride a powerful motorcycle on a good road with no congestion, and effectively no speed limit at all. It was an 80 kilometer paved section about 300 km south of Labrador City, in Quebec. There was no police detachment within 300 km, and even if there was, that week the police were on a "work to rule" strike action where they refused to hand out speeding tickets. There was only about one car every half hour. Luckily I still had a bit of caution in me and I decided to cruise at only 180 km per hour. The reason I say luckily is because within about ten minutes (during which I covered 30 km), I hit a frost heave that was all but invisible, just a wave in the flat surface of the road. At 90 km per hour, that would be a big bump, and at double that speed I almost came off the bike. Come to think of it, that bump might be the reason that I had to replace a blown fork seal when I got home. Although there were a lot of other reasons for blowing the fork seal on that particular trip. Anyway, after the frost heave, I dropped down to 100 kph, and it felt almost like I was standing still. So to make my point, the speed was limited only by the effectiveness of the suspension, not the horsepower of the motor. To do any better, I would have to travel back and forth on the road to check it out for bumps first, but then I would run out of gas before I got to the nearest filling station.

I normally avoid going to Toronto, as it is slow going and hard to find parking. But that's where I went on Thursday, and I actually enjoyed it, traffic jams and all. I don't know if I am testing the bike or myself or both. But now that I've recovered from my bladder stone operation, the bike itself feels better on rough roads. I should mention that I now have an Air Hawk inflatable motorcycle seat cushion, and I think it also adds to the comfort on this bike. Going in to Toronto on the 401, at times the fast lane traffic speed reached 150, and I was able to keep up with them quite easily.

As I explained, what I appreciate more than engine power is suspension smoothness and control. It's easy to find higher powered engines than I would ever want, but not many bikes have a suspension that is so good I don't need it. Over the last couple of years, up until my operation last month, I was feeling considerable harshness in the Vulcan's rear suspension. I was even considering replacing the rear shock. But now I'm recovered, and I'm having fun hitting some of the bigger bumps without any pain. It almost seems like the faster I go, or the rougher the road, the better the suspension is on the Vulcan 900. I was actually wondering if maybe heating up the shock going over many big bumps, makes it work better. When I'm going slow, trying to avoid bumps because of organ problems, the "softail" Vulcan feels more like a hardtail. Although it has a decent 4 inches of rear suspension travel, it seems to hardly ever use more than an inch when I take it easy. But when I speed up, and start hitting the bigger bumps hard, that's when the Vulcan seems to smooth out and perform according to the specs. When the road is really rough, many bikes have suspensions that bottom out regularly with spine jarring consequences. But over the last week, as I have been riding my bike harder and faster, I have yet to detect the suspension bottoming out. And some of those roads are quite frost heaved because of the time of year.

Another problem I have had with the Vulcan is high speed instability, because of the large handlebar mounted windshield. That problem seems to have disappeared, and I don't know why. It could be because I put a new rear tire on, or that I'm sitting at a different place, or I adjusted the windshield or handlebars. Or that I am just getting used to the bike, or many other reasons. But it feels more stable than before at high speed passing trucks.

When I am on tramcar tracks, or longitudinal cracks on the highway, I really appreciate the fat tires. The 401 sometimes has cracks 5 cm. wide between the lanes, and the Vulcan can traverse them easily without too much wiggling or getting caught.

One interesting point now is that it seems Mary Ann can out corner me on the traffic circles. Her Burgman just zips around, while the Vulcan is either too clumsy, or I'm too chicken to lean it over as far. The one time I did try to keep up, I scraped a floorboard while she never had anything dragging. I'm not too worried about it, because I think the Vulcan corners well enough, although it's more prone to wobbling in the corners than any other bike I've had except the Honda CD175. I think it's a basic characteristic of a long heavy bike with fat tires and a rubber mounted engine. Rubber mounted engines do not contribute to chassis rigidity, and fat tires let the contact patch move farther off centre than a narrow tire does.

The only problem I had in the last week is the right lower windshield bracket bolt worked a bit loose, and I could tell because the windshield was flexing more on the right side at high speeds going into the wind. I have it tightened now. Its the second time since I had this bike that it came loose.