On My Ride, I discover the Effects of a Solar FLare 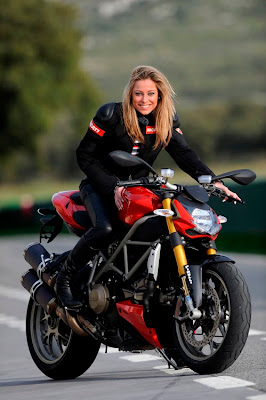 Although Mary Ann is sick today, I did go out for a ride. Just before I went, I checked our mailbox and found Cycle Canada for May 2010. I'll read that when I get back.

I decided to do a moderate sized loop east of Kitchener. That means I drive north to St Jacobs. Then follow roads clockwise around the city (imagine on a map) until I am south, then I drive home. Somewhere on that trip I want to find a restaurant for lunch, and I don't feel like Tim Horton's, so I will take a chance on some unknown place. But what to look for? There are literally hundreds of places to eat.

My main criteria for a restaurant, which I established when I first left home: No cloth napkins. Of course I violate this rule occasionally now, but never when I'm alone. Funny how a person's experience at seventeen years old can leave such a lasting impression. Since then I have added one more. Never go into a restaurant where there is nobody else getting food.

I decided to try a new selection tactic. Go to the motorcycle shop where I bought the Vulcan, and then find the closest likely restaurant with no cloth napkins. I found one called "Fish and Chips to Go or to Eat In". It also had a couple of other things I look for, when I'm riding. Nearby parking, and windows from the eating area to allow me to see my parked motorcycle. So far, so good.

I ordered the fish and chips special, and a Sprite. The waitress seemed to not understand English, but that usually does not bother me, as "Sprite" is universal, as is "lunch special, fish and chips". Obviously those would be understood. I never get into complicated orders when at restaurants, another thing I gave up when I was young. I might as well tell that story while I'm at it. I was about 15 years old, out with a bunch of high school friends, and ordered a ham sandwich. The waitress asked what I wanted on it, and I said mustard, lettuce and tomato. (this was in French). Except that in a mental lapse, I ordered cabbage instead of lettuce. And I really hate cabbage in sandwiches. The waitress never batted an eye, and I got what I ordered.

So at this restaurant, I got water instead of Sprite. But the PA system was playing "Born to Be Wild" which of course makes up for a lot of little mistakes. I made a mental note to challenge the bill if they also charged me an extra buck fifty for Sprite when I didn't get it. Then I got my fish and chips which I would have to rate below the perch dinners at Knechtel's in Port Dover, but then not everybody can make great fish and chips. When I went to the cash to pay up, I told the cashier that I had the special. He said I didn't I had the Haddock and chips. The waitress came out, but she couldn't speak English, and the cashier couldn't speak Chinese. But apparently she had switched two orders, and neither one of us had said anything. Of course not: how am I supposed to tell the difference between the fish and chips special and the Haddock and chips non-special? Anyway he reversed the bill, and charged me for my original order and I left. But as I was cruising down the road, I remembered. I got dinged for the Sprite in the confusion.

I didn't even get out of Guelph before I felt like trying coffee shop, so I went to the Second Cup to try my luck again. This time I ordered a French Lemon Tart, and a decaf. The tarts were right there under the glass near the counter, but when it was put on the counter it did not look like the other ones. All the others had a ring of blueberries on top, this one didn't. You would think at think point I would say "get this washed up French tart out of my sight and bring me one of the nice ones". But I didn't. I guess I was still in shell shock from the Fish n' Chips fiasco, and wondering if there had suddenly been a solar flare this morning that zapped the brainwaves of every restaurant employee in North America. And, sadly the French lemon tart, which I did eat, was also kind of sour.

Anyhow, the weather was holding up and getting warmer by the minute. On the way home, as I was hitting about 160 on the 401, I wondered: maybe my decaf was not really decaf either?

That was the end of the ride, but I still had the Cycle Canada magazine at home, and my favourite bike (other than mine) was on the cover. The new Honda Shadow 750 RS. Although this bike seems to be a pretty nondescript thing, to me it has great potential significance. That's because it is a Honda, and it is a standard motorcycle. To my dismay at the time, Honda abandoned standard motorcycles back in the early eighties when they dropped the CX500 in favour of their new "Shadow" line. Since then, the motorcycle world has generally offered low seated, feet forward cruisers as the mainstream bike. Either that or the "ass in the air" sport bikes, or the very high on/off road bikes. The only nice standard motorcycle in the last thirty years have been retro models like the Kawasaki W650, or the new Triumph Bonnevilles. But finally here comes a standard from Honda that looks a bit like a cruiser, and it may be the sign of things to come. That's what I'm hoping for, anyway.

There were a few other articles of interest in Cycle Canada, too. Ted Bishop on "Slow Fun" in other words slow motorcycling. He had a good line for trying to drive a fast bike slowly. "like dealing with a four-year-old at the mall: it's always trying to take off". I liked the article on a Peugeot scooter. And then there was one about the Ducati Streetfighter, where this comment was written: "We won't bullshit you about the Streetfighter-it is an almost entirely useless motorcycle ." Of course, to the people at Cycle Canada, that is not an insult, it is praise. I think that Cycle Canada is showing signs of a comeback, after the loss of much of its old writing staff several years ago. And thankfully, no bare backsides in this issue either.

The solar flares take some away but they also give some back.

Picture: The Ducati Streetfighter. Can't you just tell that this bike is entirely useless?
Copyright the Lost Motorcyclist