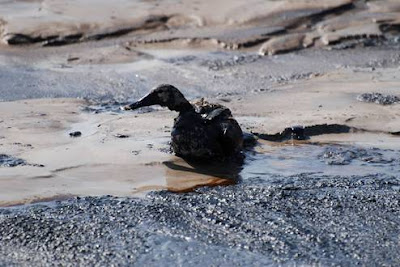 Here is a story that combines propaganda (or PR) and English/French cultural differences in Canada.

In the Globe and Mail

"The Alberta oil patch has avoided potential embarrassment after Advertising Standards Canada ruled that an advertisement that compared toxic oil sands effluent to yogurt did not mislead viewers."

We learn from this story that the Advertising Standards of Canada does not have a problem with an ad that states toxic oil effluent is like yogurt. According to the ASC, this level of distortion is normal, and well understood by society. They said it is a way to explain the consistency of the effluent, not a statement about it's toxicity.

It is a mistake to think that advertising and PR is a communication like a normal email or conversation. In advertising, PR, and propaganda, every word is studied and every sentence crafted carefully to manipulate the audience's responses, both conscious and subconscious. Every word is carefully considered for its impact, and for whether it has crossed the line from exaggeration into outright lying. The message of the ad is that oil effluent is not so bad. Some marketing person must have had the idea that they could compare the sludge's consistency to yogurt, and furthermore they could leave out the word "consistency". Probably some other people said "I like it, but wouldn't we get slapped by the Advertising Standards Council for lying?". The marketing person replies "Nawwww! we do it in advertising all the time. We can say it's like yogurt, and then argue later that we meant consistency, and only a fool would actually try to eat it. "

Then, they got the ad translated into French. I was not there to hear the conversation, but I can imagine the French interpreter saying. "We're going to need that word "consistency" in the French version." English marketing person says. "Why?". French translator replies "Unlike the English Canadians, French Canadians who hear the ad will react negatively if we try to tell them the sludge is essentially like yogurt." English marketer: "Those French people are such liberal bleeding hearts. Well, we have to go with your recommendations, because you know the French audience better than we do."

Apparently, the English marketer was right in one way, the ASC let the statement stand uncorrected. But when the Sierra Club complained, it was the sponsors of the ad who backed down in embarrassment, and pulled the ad.

It proves that despite the American influence, some English speaking Canadians have some ability to detect bulls**t in advertising.

By the way, in case it was not obvious: When all the propaganda is stripped away, nobody cares about the "consistency" of the toxic sludge. I am quite sure that the word consistency is being misused anyway. (Do they really mean "viscosity"?) What people actually care about is that birds coated with this sludge die, and that it is very hard to clean off without help. I have not tried this at home, but I'm betting that if you dunked a bird in a vat of yogurt, it would have a much better chance of surviving on its own than if you dunked it in a vat of toxic tar sand runoff. That's what people really care about, and this issue of "consistency" is nothing but a standard advertising ploy. The only similarity between yogurt and oil sludge is that they are both semi-liquid, and whether the ASC permits it or not, it is ridiculous to mention both in the same sentence.

Picture: from this web page