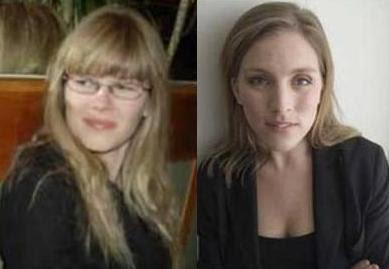 Where is a Wikileak when we need it? I would like to know what secret messages are being sent about the accusations of rape against Julian Assange, the founder of Wikileaks. Even in the absence of any hard information, I am not buying the government spin on this one.

In Sweden, you can be accused of rape even if the act is consensual, which I think is kind of weird, but then I don't understand their culture. Maybe Swedes understand this concept that a woman can withdraw consent after the fact, and if they understand it, it may actually work for them. It does not work for me.

I don't know how many countries in the world have this concept of retroactive rape, but if Sweden is the only one, then it starts to be a little bit fishy that an Australian gets accused of rape by a Cuban-American woman in Sweden. If this Cuban American woman is actually trying to trap Julian Assange, then I guess Sweden would be a good country to do it.


I don't pretend to understand women or their motivations, but I do know that some women are strongly committed to certain causes. These two women were both apparently committed to the cause of Wikileaks, and yet both had sex with Julian Assange and then filed charges of "Swedish rape" against him.

They must have known that to do so would be hugely damaging to the cause that they supported. In my opinion, they did not really believe in the cause in the first place, because women I know do not abandon their convictions so easily.

How about the motives of the Swedish Government? Are they really so concerned about every charge of rape in Sweden? I doubt it.

"up to 90% of all reported rapes never get to court. In 2006 six people were convicted of rape though almost 4,000 people were reported"

Call me a conspiracy theorist, but it is a lot more believable to me that this would be some kind of US Government operation to nail Julian Assange. Pressure is being put on certain people to do certain things to try and neutralize Wikileaks.


Picture: From this site http://gossip.whyfame.com/sofia-wilen-and-anna-ardin-accusing-julian-assange-of-rape-8461
Copyright the Lost Motorcyclist