"An answer for non-believers" is not a Real Answer 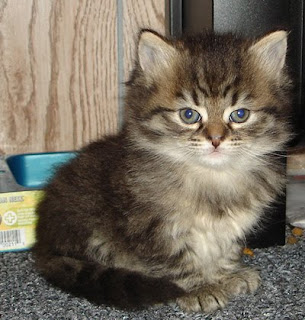 By I. Tawt Itawapuddytat. January 2011

Another forwarded email, this time the joke about April Fool's being the Atheists religious holiday. Actually that is funny, even to atheists (I imagine), as it can be taken two ways.

Here is a related article by Benny Reppond titled "An answer for non-believers" on DailyWorld.com


This article unwittingly exposes the central hypocrisy of Fundamentalist Christianity, if you try to follow the logic. Starting with the statement:

"People do not want to believe in God for a simple reason: They don't want to be held accountable for their actions."

OK So far that's a plausible statement, if you assume that God holds people to account for their actions.

Then some explanations and examples of the above statement that you can read in the original article linked above. But next comes the unravelling of the argument with:

"How can you escape the judgment of God? It is very easy."

Was Pastor Benny Reppond asleep during his Logic 101 class at Bible School? He is now promising an easy way out of God's Judgment, apparently blissfully unaware of what he just wrote a few lines above about atheists. He continues:

"All you have to do is to believe that Jesus is God's only begotten Son and to ask Jesus to come into your heart and forgive you of all your sins and to guide your life through this journey on earth.

When we ask Jesus into our hearts, then He pardons us from all of our iniquities and transgressions against God."

Well in the end, it seems that we have a toss-up. This is on the central idea of Fundamentalist Christianity, not some insignificant fact like how many animals were on the ark. We are told atheists don't want to believe in God because they don't want to be held accountable for their actions. But the exact same thing is also true, people like Pastor Benny himself believes in God as an easy way to "escape the judgment of God." So apparently nobody wants to be held accountable for their actions.

I sometimes wonder how on Earth people can come to such absurd contradictions. I heard one yesterday. Somebody's grandmother was just told that a friend of hers was starting to use a walker. "Thank God", she said "that I don't need one yet." Except that not only does she have a walker, but that she never goes anywhere without it. Nobody is going to call this bulls**t of course. So this person can and will carry on with the delusion. But when we have delusional religions like so-called Christian fundamentalism, trying to take over the government and the schools, and trying to launch an apocalyptic nuclear Armageddon, and make Jesus out to be a warmonger, somebody needs to speak up against this. It might even be blasphemy.

Picture: Random kitten off the Internet. No connection to this article unless the Kitten is an atheist or born on April Fool's day. But kittens are so cute, and all the other pictures I had were stupid.
Copyright the Lost Motorcyclist