An Open Letter to All the Psycho Killers Out There 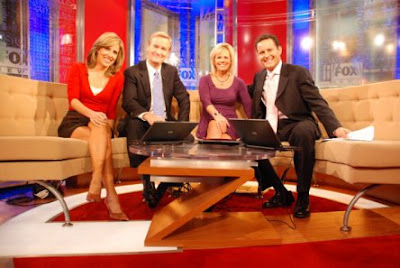 For the the last couple of years I have written many blogs about how our media spews incendiary propaganda.

For example, in this December 24, 2009 Blog titled "Solving the Gun Problem Just in Time for Christmas"

I wrote "Ever notice how, in almost every case the psycho could have been stopped beforehand? I think every one of the psychos made threats well ahead of time. Yet no one ever did anything, because psycho behaviour is actually considered pretty normal. Here's your solution. If normal people toned down the rhetoric a little, the real psychos would be much easier to pick out ahead of time."

But after writing this blog and many more, I was getting nowhere with the "normal" people. There was no letup in the rhetoric. I am beginning to think I understand Psychos better than the mentally healthy. I see that psychos are at least consistent with their ideas, and given the information they get from Fox news, they go ahead and do what Fox tells them to do instead of waiting for someone else to take the lead. That, at least, is not hypocritical. That is the type of logical thought and consistent action that I can at least relate to.

If everyone says Obama is a tyrant, and the government is tyranny, and the Supreme Court has ruled that you are allowed to use a gun to stop tyranny, then why are we calling these people psychos.  Aren't they simply the brave ones who are saving the country from an evil tyrant while all the cowards end up an Fox News tut tutting after each assassination?

So now I am going to appeal directly to the people that I still may have a chance to convince, and that is the psychos themselves.

I'm not writing this for wannabe psychos like Sarah Palin, Glenn Beck and Ann Coulter, who talk big about killing, and shooting and reloading, and the end of times, but are too hypocritical to actually do it. No, they are just "normal" and that type or person will always leave it to the others to get the dirty job done. I am talking to genuine wack job psychos. If you are a young person, with a love of guns and strong convictions, you may be who I am talking to. If your life sucks, and you are absolutely sure someone or some political faction or ethnic group is to blame for it, you may be the next big psycho If you have been recommended for psychiatric evaluation, and would like to make your name a household word, then I'm pretty sure I am talking to the right person. Are you that person? Then read on, this is for you.

There must not be more than about a hundred of you true psychos out there. I am going to ask you to read the rest of this blog, and give my ideas serious consideration. I think I understand you.

First, think about what good it does for America to actually kill people. Has any psycho killing spree ever managed to stop health care, has it ever managed to get rid of welfare fraud or stop any illegal immigrants? Has it ever won an election? Has it ever improved the general intelligence level of America? In the case of Timothy McVeigh, he singlehandedly put the cause of psychotic killers back ten years and actually helped re-elect Clinton, the very opposite of what he wanted to do. So far, killing never has done a damned thing that was good for psychos, and if you are currently planning to kill some people, I urge you to think carefully of the long term repercussions to others in the community of the unhinged.

Second, think about what good the killing spree does for you personally. Sure you may be quite looking forward to being dead, or at least getting four square meals a day for the rest of your life in solitary confinement. But let me assure you that being dead is not as great as you think it is. While you are alive, at least you can watch TV, eat pizza, and caress your guns. You can't do that when you are dead or in the slammer.

The problem is that one day you might get up on the wrong side of the bed and decide you need to kill people to make America a better place. You know that's not going to work, so if you have a gun, sell it and buy some pizza. If you don't want to sell your gun, at least put it in a bucket of water and put it in the freezer.

Here is my plan for your consideration. What could you do that would be better than killing liberals, gays, democrats etc.? Well, if you want to be famous and you want to do something for your country, and you are more than a little crazy, let me in on a secret to how you could get a job with a six figure salary on talk radio, or as a guest expert at Fox news.

Send an application to Fox News, telling them your name, who you are, and who you are planning to kill, and especially why. Refer to any media stories that may be currently angering you. Offer to appear on their news broadcast, giving colour commentary on what goes on inside the mind of a nut job. The next time a psycho strikes, they may very well hire you on for the breaking news commentary. Who better to give the inside scoop on what motivates a typical psycho than you? You're smarter than them, and you actually understand the mental process.

Trust me, Fox New is always looking for this "common man" angle. Look at how much fame and money "Joe the Plumber" accumulated in less that two months. You may want to go with the label "Joe the Right Wing Nut Bar", or you may want to make up something more original. Either way, you will be in for a lot of excitement and you will be famous. And you may actually do a lot more good in eliminating the bad from America than by putting bullets in people's heads.

Don't forget, on your application to Fox, mention this blog, and feel free to use me as a personal character reference. That's the least I could do for you.

Picture: Fox and Friends. They are not really your friends, but you could make as much money as them.
Copyright the Lost Motorcyclist