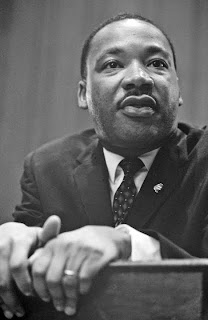 I have had a second conversation with Jesus, this time he explained what he meant by "Turn the other cheek".

Me: I thought we agreed to not talk until after the Stanley Cup, and then only if the Canucks won, proving that you were actually God.

J: I know. But they just had a 19 game winning streak, and are on top of the standings, so I thought you might be willing to take a short message for me.

Me: That is a pretty impressive start for the Canucks. So why not? Fire away.

J: I wanted to leave a message for the world to re-explain what "Turn the other cheek" means. A lot of people get that wrong.

Me: You know what would be easier, God? Why not just return, like you said you would. You can explain it to humans yourself instead of going through this blog.

J: That's a fair question. Long story short. There are about a thousand other planets with intelligence similar to yours that seem to only understand when other intelligent beings are sacrificed. It takes on the average about 30 Earth years to sacrifice myself for each planet. I have to do one at a time. I expect to be back to Earth in about 30,000 years. I'm giving you this message now because it only takes a few minutes, and who knows, it may catch on.

Me: Wow! I would love to know more about the other forms of intelligent life out there.

J: I'm sure you would, and I'm sure they would like to know about you too. Now lets get back to the subject. I read your highly sarcastic blog about why turning the other cheek does not work. I want to explain my point of view again, and give you time for a little Q&A, then I have to be off to another planet to sacrifice myself.

The whole point of "Turning the other cheek" is that people must live in peace. My story is of course a bit exaggerated, in order to make the point in a dramatic way. In other words, it is not literally true. I obviously did not mean that to be a lesson in what to do only if you were hit on the cheek. By extension it covers head butting, punching in the mouth, eye-gouging, kicking shins etc. Furthermore, it applies to group acts of violence, such as gang rumbles, civil war, attempted genocide, world wars, etc. Being struck on the cheek was a simple allegory for all violence where retaliation may be considered as an option.

Turn the other cheek is easier to understand as "do not return violence with violence". All that does is to perpetrate more violence in an increasing cycle.

I have heard all the objections to "Turn the other cheek". A lot of people do not get it. In fact, out of a thousand planets with intelligence roughly the same as yours, only about half "get it". Unfortunately that does not include Earth. On Earth, even among Christians, I hear objections like "This does not apply to nations, only to individuals." That argument actually hypocritical, when it comes from people who do not practice "Turn the other cheek" in their personal lives either. If you can really understand on a personal level, you will understand on a group level and on a national level too.

Don't strike first. Don't strike at all unless there is no other way. And if you are going to strike you must not do it based on hate, lies, and false information. You must never gain materially from violence. If you must strike and injure another human, you may not profit in any way from that action. This principle applies to individual people as well as nations.

You must never strike another person who cannot fight back. Never torture prisoners, for example. Do not use violence to "teach someone a lesson". Any questions yet?

Me: So what would you think about Israel vs. Palestine.

J: That is a great question. It brings out all the issues. First issue is that some Palestinians are hitting back with rocket fire against Israel. My advice to Palestinians would be to forget it, a perfect example of violence accomplishing nothing but to create more violence. Second advice, this time for Israel. They have a perfect opportunity to turn the other cheek. The Palestinian rocket fire has not really done much harm, so in this case turning the other cheek basically means let it go if you can, and especially do not punish all Palestinians for the actions of a few. And finally, under no circumstances must Israelis use their military superiority to steal land and water from the Palestinians. Unfortunately neither side ever formally accepted my teachings, did they? But still, a lot of so-called Christians support the Israelis morally, (by twisting my own words!) and with money and by giving them weapons. Without misguided Christian support this violence would not have continued so long. And of course the big issue, "God told us this land is ours". Well, no I didn't. I want all countries to follow international law, but I'm going to leave that complicated issue for another time.

Me: I don't have any other questions about that, but I have plenty about the other planets with intelligent life.

J: OK Just one more question. Then I really have to get going, a mob is already getting impatient to crucify me on planet number 759.

Me: Only one? OK Does all intelligent life look about the same, or are we all really different?

J: Humans are about average actually. Two hands and two feet are pretty normal. So are two eyes, a head. So the crosses look about the same on most planets, but there are some very strange variants among Octopus people. Well, thanks for your time, see you after the Canucks win thus proving for sure I am the Lord God creator of Earth and all the Universe.

Me: See you next time. Amen?