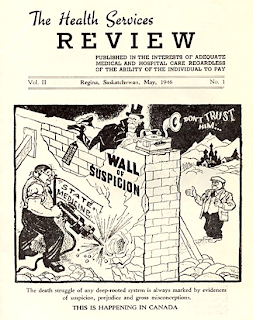 Is there any more frustrating activity on Earth than dealing with propaganda? You may think it is so simple, your friend or family member has just converted to a wacko cult and you think that just a few plain facts will straighten them out. Then everybody can be friends again.

It does not work like that. People who are brainwashed into wackodom are not just sitting there waiting for someone to "explain" to them that they are brainwashed. They are actually looking at you as though you are the brainwashed one, and need some sorting out. Does that sound more familiar?

Surely you have had the experience before. A friend or family member suddenly becomes a Mormon or a Scientologist or a Conservative, and they start to spoon feed you their best propaganda. You think "This is ridiculous!" And try to explain to them how the earth could not be 2000 years old, how faith healing is a scam, how Muslims are not going to take over the world, or how wind turbines or the second coming of Jesus are not going to destroy the environment, or how global warming will.

So far I guess I have only presented examples from the liberal side, so to be fair, let's not assume only liberals are sane. Global warming may turn out to really be a hoax, and the Muslims may actually take over the world. However, allowing for the possibility of being wrong makes things even more complicated. But this only serves to emphasise how difficult it is to deal with propaganda, because in the end, you may be forced to admit that the real brainless zombie is you.

The frustration gets worse as people get abusive in their language, and become threatening. For example bringing loaded guns to make their point clear. And it does not help to know that one of the main aims of propaganda is to create and spread frustration/anger/confusion. Another main goal, of course, is to spread fear. And it is shockingly effective at doing both.

I am surprised at how even amateurish propaganda that you often find in chain emails can instantly get my blood pressure up to dangerous levels. Luckily I always seem to get it back down before a call to 911 is needed. It helps to remember that the goal of propaganda is to get you frustrated. That very frustration is the mechanism by which the human mind eventually surrenders itself to the control of the "greater good", be it a religion or ideology.

Does anything really work against propaganda? The delete key for email, the recycling bin for paper mail are two effective tools. I find that in personal conversations, things are not so bad, and I think this is similar for most people. If you feel you must respond to emails (like I often do), it's best to keep it polite, delete strong words, throw in lots of moderate words like "some" or "in my opinion" instead of extreme words like "never" and "always", and "only an idiot would think this" (even though it's true.) At least you have that luxury in emails that you don't have in real live conversations, so use it.

Humour helps, but is tricky to use. For example threatening physical violence is a tricky form of satire. Much better to use what is called "self deprecating humour" as it is not so likely to misfire and cause offence. Patience also helps. Remember that struggling against propaganda is one of the most frustrating and unrewarding tasks ever devised for the human mind. Unless of course, you succeed in the holy grail of getting the other person to admit they were a brainwashed zombie. But that has not happened for me yet. Luckily (or unluckily) I seem so far to have an almost infinite capacity for responding to propaganda. I would think of it almost as a gift from God, except ironically I don't believe in God.

Picture: Propaganda battle over health care, Canada 1946. I took it from this blog