Judge For Yourself if Avatar 3D is Simplistic 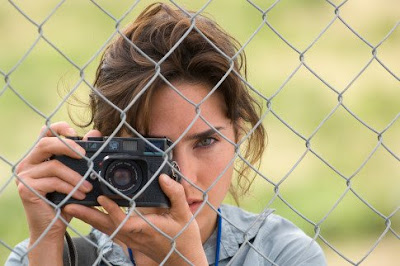 Several reviews of Avatar (which Mary Ann and I have now seen twice) compare the characters of Grace Augustine and Norm Spellman to the Peace Corps. Also several people have pointed out that Avatar is an over simplified made up story to promote green and multicultural values.

I was in Sierra Leone, West Africa in 1969-72 with CUSO, a Canadian organization similar to the Peace Corps. Although obviously Avatar was fictitious, it is analogous to some events that took place on Earth. Not a single event but a combination of events taken from different places and times, woven together into one story. I would like to compare Pandora to the diamond war in Sierra Leone, so that you can decide for yourself just how oversimplified (or not) it may be. Starting with the idea that Grace was in an equivalent of the Peace Corps.

Although the Peace Corps was spread around the world, it generally went to what we called "Developing Countries". Most often, these were newly independent European Colonies. By contrast, Pandora does not appear to be newly independent, in fact it appears that the colonization process is just beginning. I think you can tell by the fact that the Na'vi do not use any Earth technology at all. If they had any history of being a colony, they would be using things from Earth, such as clothes, vehicles, houses, roads, weapons, books, televisions, radios, telephones, cooking implements, and food. Of those probably the most critical would be food, as it represents more of an economic a dependency than all the rest.

The Na'vi seem to be completely free from any of these dependencies, and so cannot be easily (or peacefully) be manipulated by the mining company. In this sense, they are like an undiscovered tribe in the Amazon jungle, which is a far cry from many of the African people of Sierra Leone in 1969, who listened to radios, played electric guitars, drove cars, lived in houses, and went to school. Sierra Leone was able to produce most of its own food, so starvation was not a problem. And while they did not have a lot of Western luxuries, they didn't really have local alternatives. Meanwhile, the fictitious Na'vi on Pandora had their own shelters, beds, bows and arrows, and horses and birds for transportation. They also made and wore their own clothing, followed their own religion, and had their own (seemingly informal) system of education. And again, they did not depend on Earth for food.

Another indication that there was no history of colonization, is that Grace Augustine is formally studying the Na'vi and the planet of Pandora as if they were a newly discovered life form and ecosystem.

There was a school set up on Pandora by the mining company to teach English to the Na'vi. I'm not sure if they taught anything else except maybe some games, which I saw the Na'vi kids playing in the school yard. Apparently, Grace was a teacher at the school, which would somewhat like the Peace Corps. She also dressed her Avatar up in a way that looked similar to popular Peace Corps clothing.

I want to state emphatically that neither the Peace Corps nor CUSO was made up of scientists like Dr. Grace Augustine who went to study the native people. CUSO and the Peace Corps did some teaching, and the Peace Corp was also involved in agriculture and building. We didn't even have our own schools, we taught at local schools. If anything our overall goal may have been more to promote international understanding. If we did "study" the local people, it was only in the sense that we learned from our hosts, and they learned from us. It was not a formally organized science project, and we never had to report to anyone what we had learned.

As far as I could see in the movie, the mutual learning that went on with the Na'vi was strained. The Na'vi were keeping the Earth people, including Grace, from learning about their ways, especially the spirit tree. When the US Marine/avatar, Jake Sully was learning about the Na'vi, they cooperated only because a mysterious sign had been given, otherwise they were prepared to kill him. And furthermore, Jake was first only there to learn how to best destroy Pandora. All in all, a very hostile exchange of ideas compared to when I was in Africa, where I had no motive to destroy the Africans, and they had none to destroy me. But then my stay in Sierra Leone probably would not have made a very exciting movie.

Sierra Leone unfortunately had the equivalent of "unobtanium", it was diamonds. While I was there diamonds did not cause much of a problem, but twenty years after I left, the country became devastated by a horrendous war caused by evil outsiders who were after the diamonds, and wanted the local people to move out. These outsiders were not Europeans or Americans, but other Africans. However, they were financed and armed by Europeans who paid well for these diamonds, and provided plane loads of AK47's and whatever else was needed to kill local people.

The nearest comparison to the movie character of Parker Selfridge, the mining executive, would be Pat Robertson, of the Christian Broadcasting Network. He entered into a seven million dollar mining partnership with neighbouring dictator Charles Taylor, an African "Born Again Christian", who in turn sent armed militias into Sierra Leone to terrorize the people. I would say Charles Taylor was the equivalent of evil Colonel Miles Quaritch, and today Charles Taylor is being tried at The Hague for war crimes. By contrast, in Avatar, it was the Earth people themselves who did the dirty work of killing the natives, and from the reactions I heard in the audience, after the show, this would not be acceptable in our modern western society. But the way it was done in Sierra Leone, through proxy militias, was apparently more tolerable. I think this elimination of proxies was the greatest oversimplification of the film, but it was done to let people see more clearly who is really behind the violence. The results are the same, though. Diamonds get mined, people get displaced and terrorized by modern weaponry. The situation in Sierra Leone has been resolved since 2001, partly through knowledge spread by activists, partly through improvements to the diamond marketing system, and partly through the British Commandos (sent by Tony Blair) and UN peacekeepers.

Neither the military, nor any mining companies played any role in the Peace Corps Sierra Leone, as far as I could tell. Although I understand from talking to other people, that there may have been some connection with the military in other places like Central America back in the eighties, which the Americans consider almost like their back yard. But I didn't go there, so I have no first hand knowledge.

The Canadian military has absolutely no connection with CUSO anywhere in the world, and this was true back in 1969, and is still true today. Same for mining or oil companies. And don't think Canada does not have evil companies. Talisman, a Canadian company from Alberta, used to have drilling rights in the Sudan, where airplanes were regularly used to bomb native villages to clear the right of way for Talisman's oil exploration. I saw an interview with a Talisman board member, who was being questioned about this activity, and I remember him saying "They have too many tribes in Africa anyway". Almost sounds like dialogue from the film. So much for one moviegoer I overheard saying "They couldn't be Canadians, they must be Americans"

There were two feature movies made about Sierra Leone's diamond war, both were fictitious, based on true events.

"Blood Diamond" 2006, starring Leonardo DiCaprio as a South African mercenary looking for diamonds, and Jennifer Connelly and activist and journalist.

"Lord of War" 2005, starring Nicholas cage as the arms dealer.

I liked both of them, although I wished they could have been shot on location, I do not think they were, for example in Blood Diamond, they were driving on the left, which Sierra Leone abandoned while I was there.