Have We Got Enough Safety Gimmicks Yet? 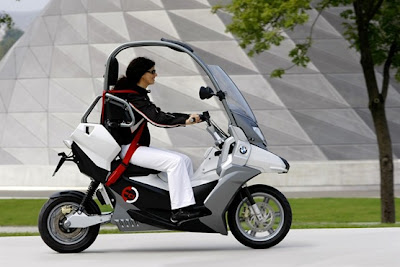 One of the driving forces in making cars more complicated, is in the proliferation of safety devices. I guess it gets tiresome repeating this, but 50 years ago, these things were unheard of. You simply learned to drive properly or you had an accident and died. And it seems with all the safety improvements, we still have not significantly reduced the carnage on the roads.

We can learn something from the current Toyota crisis. Most experts seem to agree that the Toyotas lack a safety device that would bring the engine down to idle if the brake is pressed. Never mind the fact that when I was a teenager, pressing the brake and throttle at the same time in my father's V8 engined Dodge was the standard way to stage for the green light. Not at the drag strip, at the only traffic light in town, which luckily had two lanes set up going the same direction. When he was not in the car of course, and only if there was another driver in the next lane who needed to be out-accelerated.

So today, our cars are getting more and more safety features. Toyota has not been lagging behind in this regard, they were actually heavily involved in traction control systems. Instead of worrying about the occasional runaway acceleration, the Toyota safety researchers were working on the far more common problem of front wheel drive cars losing control on corners, especially on wet or icy roads, or with mediocre tires. And just as Toyota was rolling out stability control systems on every car down to the Yaris, they got hit with the runaway acceleration hysteria. Suddenly all that work on stability is forgotten, and any lives they might have saved through stability control is ignored because of other lives lost in runaway acceleration. I would personally prefer them to work on the stability control, and hopefully that is working now.

The fact that people in runaway Toyotas have died because of two other safety features is typically ironic. The reason that drivers can't turn off the engine of a runaway car, is because of the safety feature that prevents drivers from accidentally switching off the engine while driving. That safety feature is a built-in 3 second delay on the button, to make sure you really want to shut off the engine while driving. Similarly, the extra move of the gear shift lever needed to get it in neutral, is just to make sure you don't knock the lever into neutral accidentally while reaching for your CD collection on the floor.

Some other safety features that famously cause death are air bags, and seat belts that held people in the cars while they burned to death.

But basically the march of progress goes like this. One person develops an idea that can save lives. The idea is adopted by a car maker, as an extra safety feature. Other car makers also adopt the idea. Finally the last car makers to adopt the idea are forced into it, because people expect this feature to save their bacon, and can no longer drive safely without it. So the cars without this feature are looked on as almost defective. That how progress in safety sweeps everyone along. Today, tire pressure monitoring systems are an extra feature. Tomorrow, any car without them will be defective, because after all how could you expect a driver to check the tire pressure themselves, or even to notice a tire that looks low? What else might be mandatory? Backup cameras, for one. Anyone ever backed up over a child out there? You know it happens. There's actually lots more of these devices, the inventor's imagination is infinite.

Unfortunately, safety devices will never replace driver competence, as long as the driver is allowed to access the controls at any time. Often the only effect of the safety device is to reduce one type of accidental death while increasing another. And drivers who "feel safe" tend to drive more recklessly. This is one reason why this Toyota recall is bothering me. I keep hearing other people talking about driving "safe" American cars, and that Toyotas are "death traps". This is a classic case of false sense of security, which is actually one of the greatest dangers on the road.
Copyright the Lost Motorcyclist