The Canadian Accent, eh? Made SImple 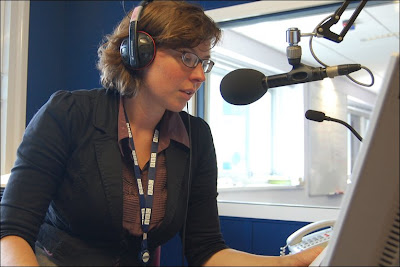 Let me just start by correcting one misconception. A Canadian would not say "The Canadian accent, eh?". The proper construction of that sentence would be "The Canadian accent is simple, eh?". (you make a definite statement, but turn it into a question with the "eh?".)

Moving on to my next point, which is a disclaimer. I acknowledge the existence of at least 4 Canadian accents, including French, and I have spent a lot of time listening to them. But I don't speak any of them naturally. I was born and grew up in a Canadian town that did not exist before 1937, and has no regional accent of its own. My father was French Canadian and my mother is an immigrant from England. Most people in town spoke French, so my English accent comes partly from my mother, partly from my Father, and neither one spoke with an English Canadian accent. In the early years, TV was mostly in French or American. And as the English speaking population of our town grew during my teenage years, at least half my friends had Scottish or English accents. The influx of immigrants happened when British Aluminium opened a plant in our town, and relocated a lot of their workers from Scotland.

So about the Canadian accent, let's start with the most frequently used word in Canada, "sorry". It rhymes with Lorry not sari. It also does not rhyme with story. If you can get that one word right, you could move about freely in Canada without anyone noticing you were not Canadian.

Next word is "about", as in "I am about to be sorry". Many Americans mistakenly think we say "aboot", (ending with a very long ooooot") which is simply untrue, there is not even one regional accent in Canada that uses this pronunciation. We shorten the sound, because we don't like wasting time when we are freezing our asses off outside in the winter. Actually, what we say is closer to "abaoot", except we say the "aoot" so fast you can hardly hear it at the end.

The third most used word in Canada, after sorry and about, is pissed. Pissed has a whole bunch of meanings in Canada. "pissed off" means you are feeling anger. "pissed up" means you are drunk. "pissed sideways" is probably just pissing in a horizontal direction. It is pronounced "pissed", sorry I can't help you if you still can't figure it out.

A shibboleth is a word that you can't pronounce if you belong to a particular ethnic group. Canadians can't pronounce "Maryland", a state in the USA. We get real close, but an American can always tell we are Canadian because we are unable to say Maryland without the "y", whereas they can. So Maryland is a shibboleth. Toronto is a word Americans can't pronounce, because they cannot say it without ending in with "toe". There is no toe at the end of Toronto, the last T and the O are both silent, and are replaced by "na". Canada is another word that is hard to pronounce, even for Canadians. The accent is on the first syllable. While most people get that the first syllable is accented, they just don't accent it enough. The CAN is really stressed, followed by a just barely audible "uh, duh". In Canadian English, anyway.

For bonus marks, if you have followed this so far, to help clarify the difference in accent between French from France and from Quebec, here is the explanation in Japanese.

Picture: Sorry, I don't know what it's all about. I just took it off the Internet.
Copyright the Lost Motorcyclist