There are Limits to Human Intelligence 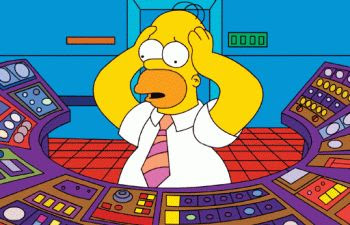 "We have met the enemy and he is us" has got to be one of my favourite quotes of all time, by cartoonist Walt Kelly who drew the cartoon Pogo.

So here is an article "Human Failings Led to Oil Disaster" about how the oil spill in the Gulf of Mexico was likely caused by human error. And not just one error, but a series of errors that could be referred to as systemic human failure.

In the article is an analysis of typical failures, and mention is made of other large scale human failings, the Financial Meltdown of 2008, and the Three Mile Island nuclear accident. It's interesting that while one individual human error is hard to predict, it seems like large scale systemic human failure might be quite predictable.

"This isn’t just about oil. It’s a challenge for people living in an imponderably complex technical society."

We had our own massive failure in Ontario back in 1997. Actually, like all massive human failures it started before 1997, but the whistle was blown and the plug was pulled in August 1997. Ontario Hydro, after a run of embarrassing accidents, and finding drug paraphernalia in the control rooms of their nuclear reactors, had called for an independent assessment of the situation, and was persuaded to shut down most of the nuclear power system indefinitely. The verdict, reduced to it's simplest form, was that normal Canadians could not be expected to run something as complicated and dangerous as a nuclear generating system safely.

The shutdown was huge, and cost Ontario taxpayers billions of dollars, and was more or less the end of nuclear power in Canada.

The cartoon series called "The Simpson's" was based on and around the operation of a nuclear power plant. Homer, pictured above, is the main character, and one of the all time stupidest characters to ever lead a normal life in a cartoon, was the employee in charge of the nuclear reactor's control panel. And for all his stupidity, Homer's behaviour was not really outside the bounds of what you might expect to see in normal people you see in the street, not to mention neighbours, friends, even relatives.

I think there are many more examples of these large scale mental breakdowns, but how about this small one. Back in 1961, people drove around without seatbelts or airbags, drunk out of their minds, with the kids rolling around loose in the back of the car. Today, drivers are sober (more often than not), the babies are in their restraining harnesses, and cars are huge "safe" SUV's with air bags and anti-lock brakes. But now the drivers are reading the newspaper or text messaging at 100 km/hr. Although on a personal scale, it proves that the saying from Pogo "We have met the enemy and he is us." is still as true as ever. As we develop ever more complex systems, the most serious problem to face mankind is plain old lack of brainpower.
Copyright the Lost Motorcyclist